Michael Davenport, head of the EU delegation to Serbia and Jadranka Joksimović, Minister for European Integration in Serbia’s technical government  officially marked the moving into a newly-constructed social housing apartment building – for which the European Union allocated 780,000 euros – a new home for 32 socially-endangered families affected by May 2014 floods.

The building provides a new home and better quality living conditions for 118 citizens of Obrenovac, among them 26 children, and it has been built in accordance with the rules regulating social housing. These 32 beneficiary families from endangered categories did not own their households that had been destroyed in May 2014 floods, so they have not been included in any of the Government’s or other donors’ programmes. Thanks to EU financial assistance, these families do not live anymore in collective centers in Obrenovac.

The construction and equipment of the housing building has been conducted with an aim to provide the families which used to live in makeshift barracks of the Termoelektro company in the old Obrenovac municipality building adequate living conditions, after suffering damages in May 2014 floods. The construction began in October 2015 till July this year, while the City of Belgrade, which has provided the land for construction, is the owner of the building

Davenport: This is a symbol of solidarity of all EU countries with Serbia in renovation after floods 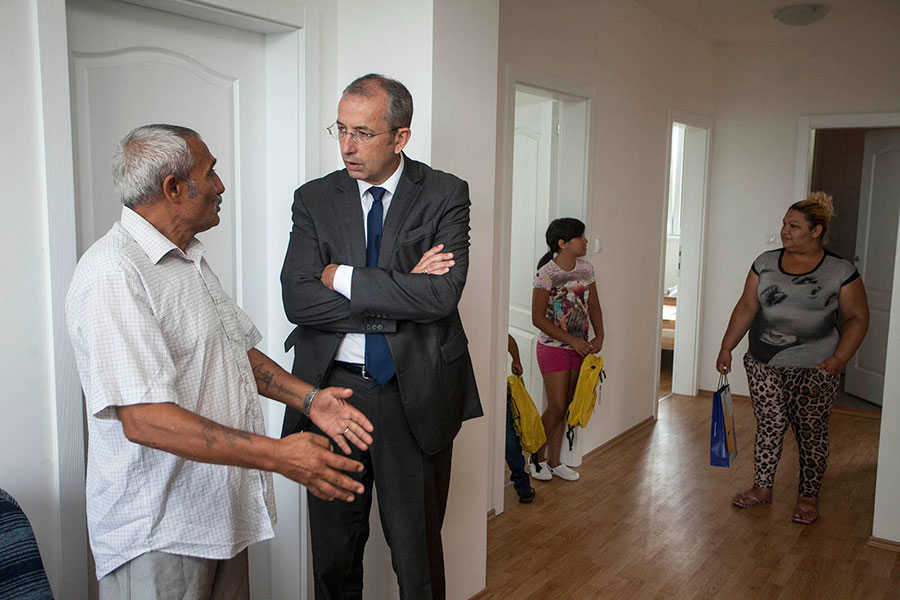 „Without a joint coordination between EU, Serbian Integration Office, Municipality of Obrenovac, the City of Belgrade and the Office For Managing Public Investments, we would not be able to achieve such a good result, to provide good quality housing conditions for 32 families. Those families have suffered great damages during the floods and newly-built apartments are suitable for their needs. This is, at the same time, a symbol of solidarity of all EU countries with Serbia in renovation after floods,” said EU ambassador to Serbia Michael Davenport.

Davenport said that the European Union has invested in the first phase almost four million euros in renovation of schools and households in Obrenovac, as well as into the assistance to farmers in this municipalities and continues to help.

He noted that the EU has helped Serbia not only in the process of houses’ renovation, infrastructure and schools damaged in the floods, but also invested funds for strengthening prevention from new natural disasters.

Davenport stressed that the apartments for 32 new families have been built in accordance with all existing standards, adding that he was glad these people could now enjoy good living conditions.

Joksimović: In time of floods, EU has treated Serbia as its member 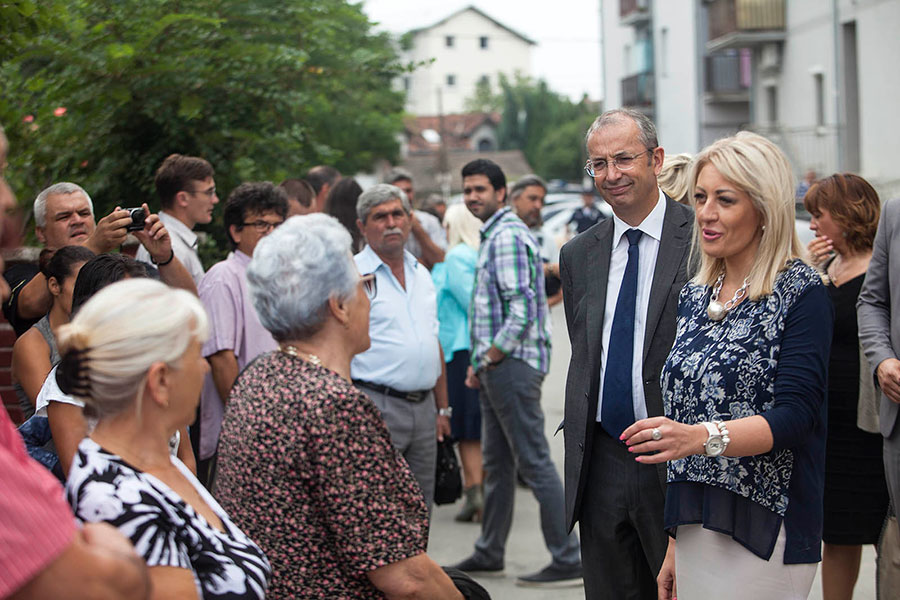 “After the floods, all these families lived in very bad conditions, but now could expect better future. In time of the floods, EU has treated Serbia as its member state and put all funds for financing reconstruction at its disposal. The funds have been used with a very concrete appropriation and all citizens of Serbia have benefitted from that,” said Jadranka Joksimović, Minister for European Integration.

“Thanks to the EU assistance, in cooperation with the government of Serbia and UNOPS, these 32 families begin a new chapter in life. With friends’ help, Obrenovac now looks much better than we could have imagined two years ago. And Obrenovac will be the first to assist those who might find themselves in the similar situations,” said Obrenovac mayor Miroslav Čučković.

The construction and equipment of the social housing building, conducted within a framework of the project realized by the United Nations Office For Project Services (UNOPS), represents the end of the first phase of the EU assistance for renovation after the floods, worth 30 million euros, out of which four million euros have been allocated to the construction and renovation of housing units, reconstruction of schools, agriculture assistance and support for small businesses in Obrenovac. Adding that the European Union would remain with Obrenovac, ambassador Davenport said the second phase of the European support to the Republic of Serbia, worth 62 million euros, has been ongoing, with its focus on prevention and protection from floods. 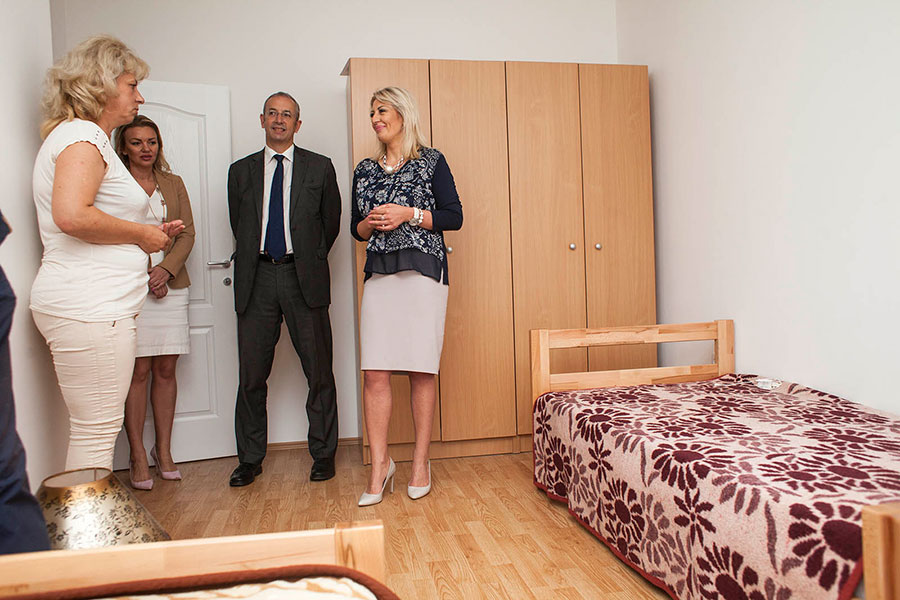