The building of the Delegation of the European Union to Serbia was lit in rainbow colours and the colours of the EU flag last night, marking the International Day against Homophobia, Transphobia and Biphobia.

This day is marked since 2005, with a goal to raise awerness on the endangerment of human rights of the LGBTQI+ population, that is still prevelent in a number of coutries around the world. The initiative to mark this day was lead by French academia member Loius George Tin, and according to the official website of the Initiative, it is now recognised in over 130 countries around the globe. The date was chosen as a memory to 1990, when the World Health Organization officialy removed homosexualuity from the list of mental disorders. 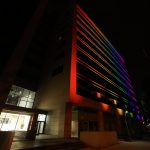 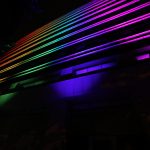 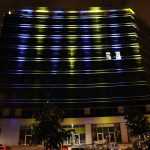 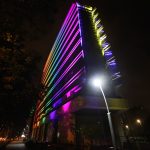 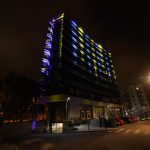 “The EU is firm in its resolve to fight against impunity for human rights violations, discrimination and abuses against LGBTI persons worldwide. With the launch of the new LGBTI + Equality Strategy by the European Commission, the EU will advance progress in the promotion and protection of human rights of LGBTI persons. We will work with all our partners both inside and outside the EU, joining forces with international organisations, civil society and human rights defenders in defending the human rights of LGBTI persons and in promoting equality and respect for diversity”, EU HRVP Josep Borrell said in a Declaration on this occasion.

We are all unique. We all matter. Let’s embrace our diversity. #IDAHOT pic.twitter.com/BDbWPR4o8o

📢 Love has NO labels❗
NO to discrimination
NO to prejudice
NO to Homophobia, Transphobia, Biophobia #BreakingTheSilence #IDAHOT#EU4LGBTI pic.twitter.com/6QBxhXR54I