With the support of the European Union, another plane has landed today in Belgrade with the medical equipment needed to fight COVID-19 pandemic – this time with 830,000 protective medical masks to be delivered to healthcare facilities across the country. The European Union has funded both the purchase of this medical equipment as well as its transportation to Serbia.

These masks, intended for the protection of medical staff in healthcare facilities, will be delivered as part of the overall EU assistance to Serbia in the fight against the pandemic. 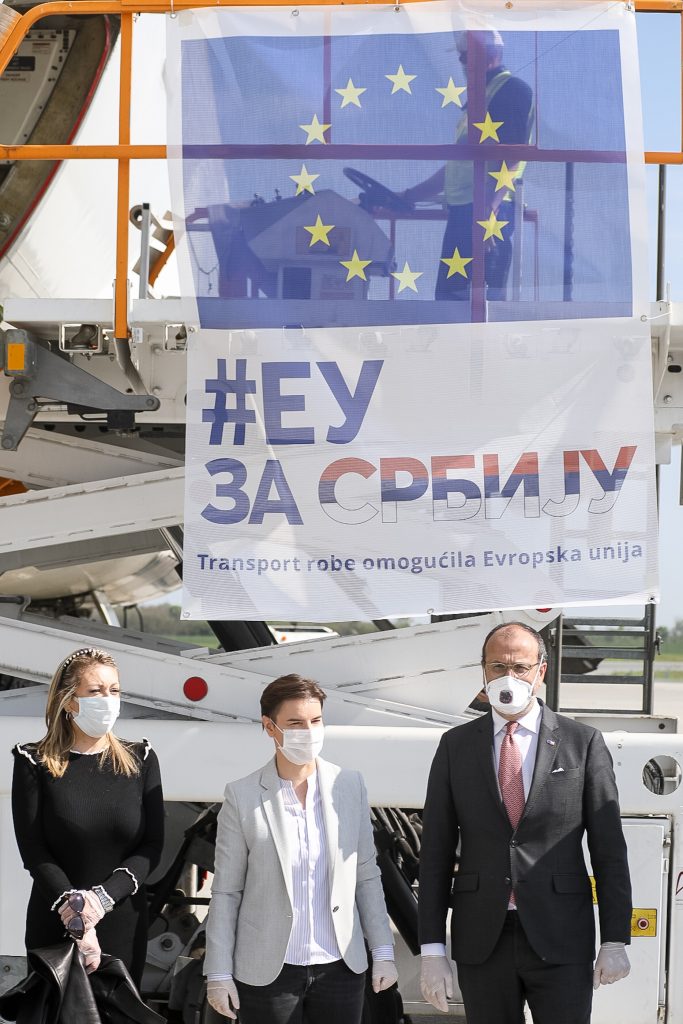 “A big thank you to Ambassador Sam Fabrizi, Delegation of the European Union to Serbia, the whole EU, our partners from the EU Member States who donated money not only for this flight but also for a large part of medical equipment on this flight. These are first of all protective medical masks, but also contactless thermometers. This flight also includes protective suits, medical suits – just under 200,000 suits, which we purchased on our own from the budget of the Republic of Serbia, for our health care workers, as well as people from gerontology centers. EU partners, even though the Member States themselves face major challenges in this fight, have committed significant resources and significant assistance“, said Serbian Prime Minister Ana Brnabic. 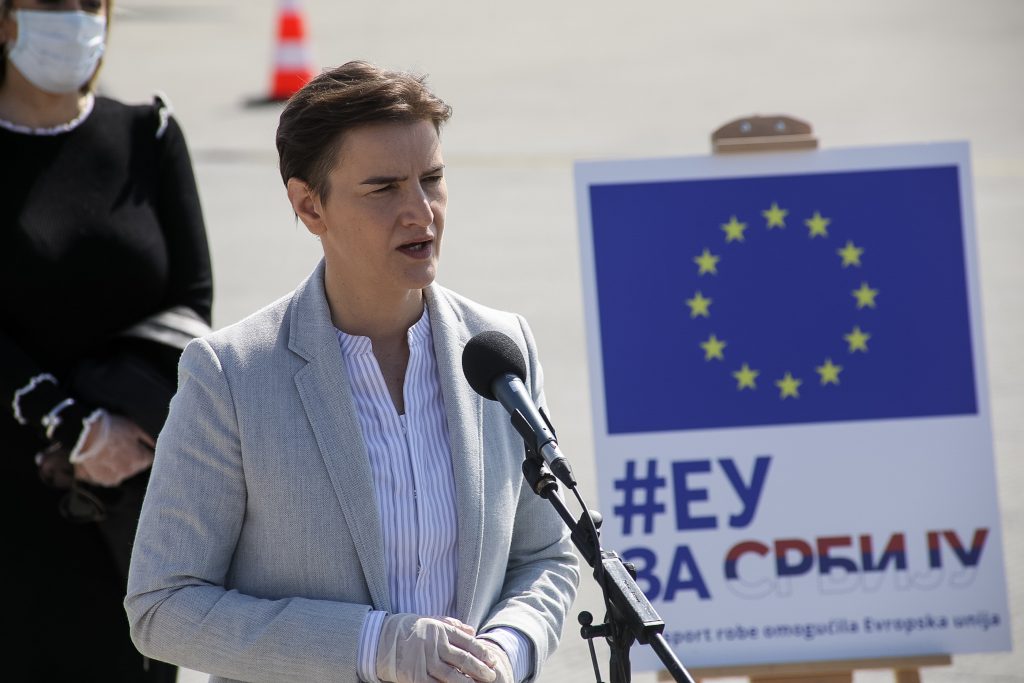 “Immediately upon Ambassador Fabrizi and I signed the redirection of IPA funds, shortly after the epidemic escalated, we began working with the implementing partner UNOPS to procure medical equipment. We bought respirators, intensive care monitors, tests, triage containers, masks. All this is successively starting to arrive, something we are still waiting to be imported. Masks are scarce equipment in the European market, so we allocated part of the money to buying masks that are important especially for healthcare professionals, but also for all those people who have to protect themselves from the risk of infection in their day-to-day jobs, from salesmen to utility workers. The EU and us are actively cooperating on effective epidemic control, the same way we will more easily prepare for socio-economic recovery with the EU support”, said Jadranka Joksimovic, Minister for European Integration and National IPA Coordinator.

On April 8, European Union announced its global response to the fight against COVID 19 worldwide, worth € 15.6 billion. Initial support of € 93 million earmarked for Serbia is intended to address the health, economic and social consequences of the coronary virus pandemic 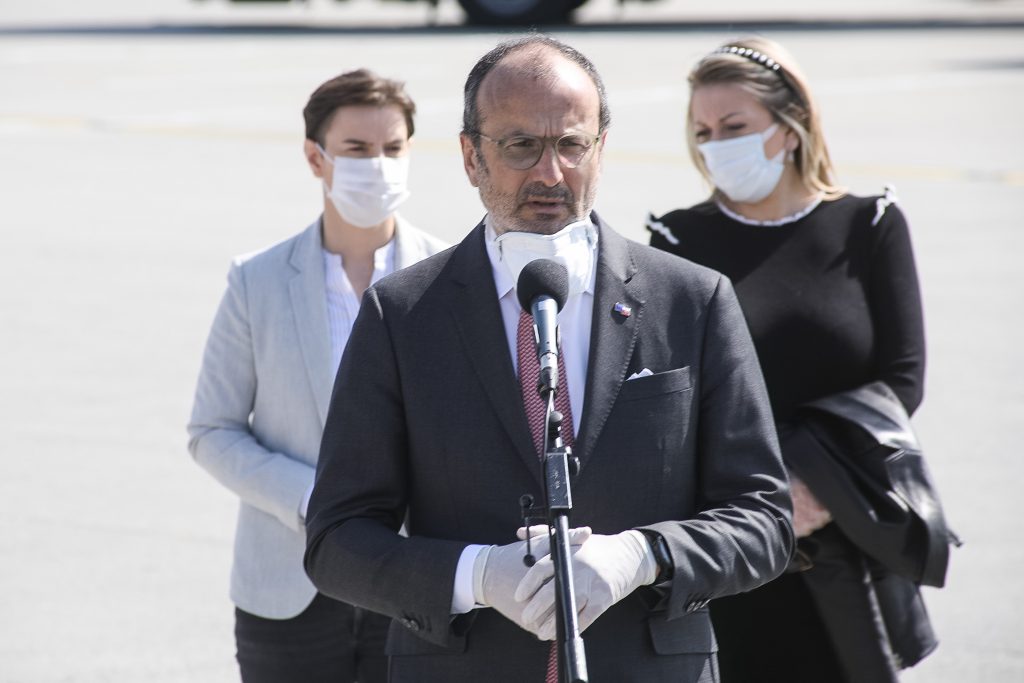 ”Since the beginning of the crisis there has not been almost one single day without critical medical equipment transported or bought by the EU and being given to Serbia’s health institutions and vulnerable communities. I am proud of the immediate assistance we are providing thanks to the €15 million aid package for emergency response for Serbia funded by the European Union.

Today’s plane is particularly significant. Not only is the 11th cargo flight for which the EU has funded the transport costs, but it also bringing 830.000 Protective Medical Face Masks and thermometers bought by the EU for Serbia. Over the upcoming days we will see arriving additional medical equipment, such as respirators, tests, and intensive care monitors. Together with the 100 containers for triage of patients, which are being installed across Serbia, the EU is stepping further its assistance to Serbia in this difficult moment.

This weekend Serbia celebrates Easter and in this spirit especially I would like to underline that solidarity and joint action is what will get us all through these difficult times, together”, said Sem Fabrizi, Head of the EU Delegation to Serbia. 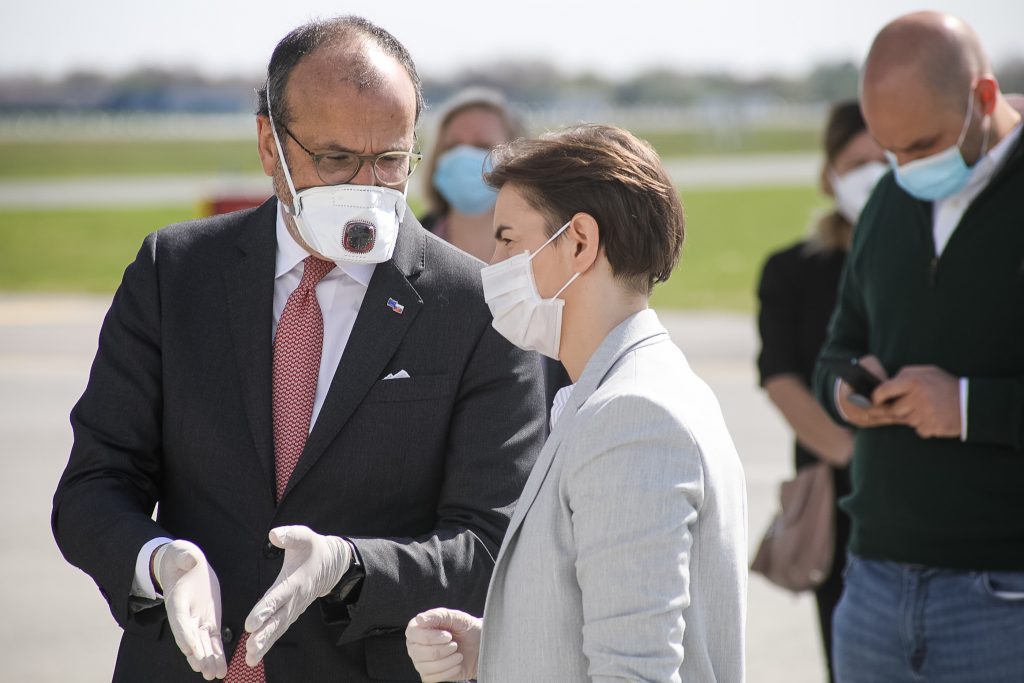 Since the outbreak of the COVID 19 crisis, the European Union has been providing support to Serbia on an almost daily basis, including the procurement of necessary medical equipment worth almost five million euros, which is being carried out in cooperation with UNOPS. Through this support so far, in addition to the 830,000 masks, 300 contactless thermometers have arrived in the country as well as 21, out of 100 planned, containers for the needs of triage and emergency care for patients that are to be installed at health institutions across Serbia. 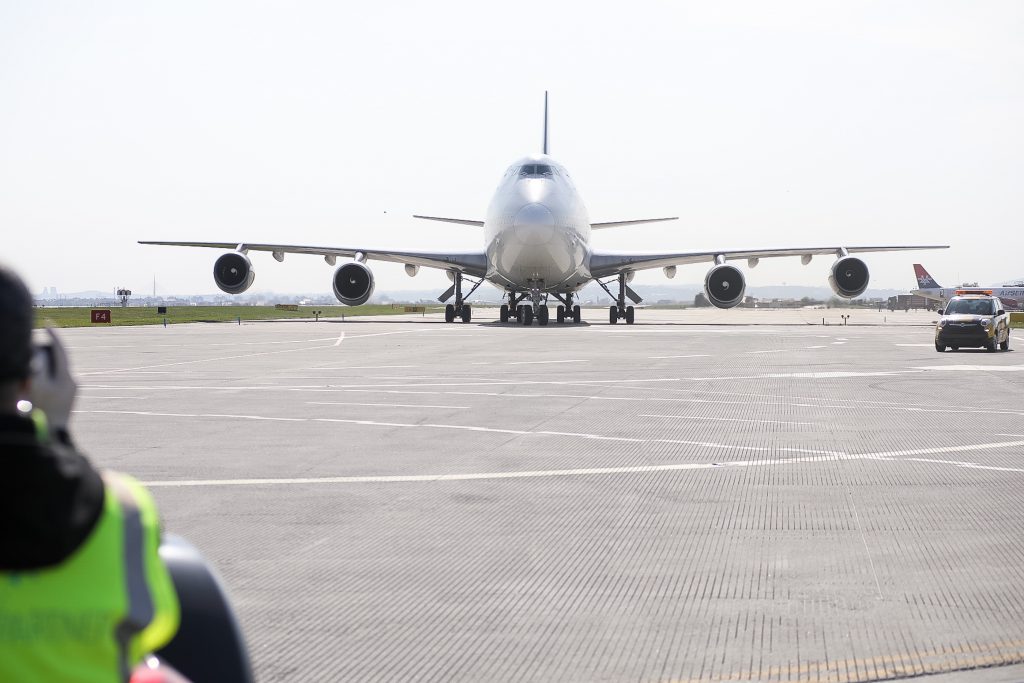 Delivery of respirators, laboratory equipment and tests, intensive care monitors and other equipment is expected in the coming days, which according to the World Health Organization and the Ministry of Health of the Republic of Serbia is crucial for successful suppression of the COVID virus in Serbia.