Corruption significantly affects the confidence that citizens and companies have towards the country, and the fight against it is part of Serbia’s European integration, the participants agreed at the start of the regional conference “Fighting Corruption for Southeast Europe’s Progress”.

The event, organized by the Ministry of Justice and the EU project “Prevention and Fight against Corruption” is attended by over 200 delegates from 14 countries. 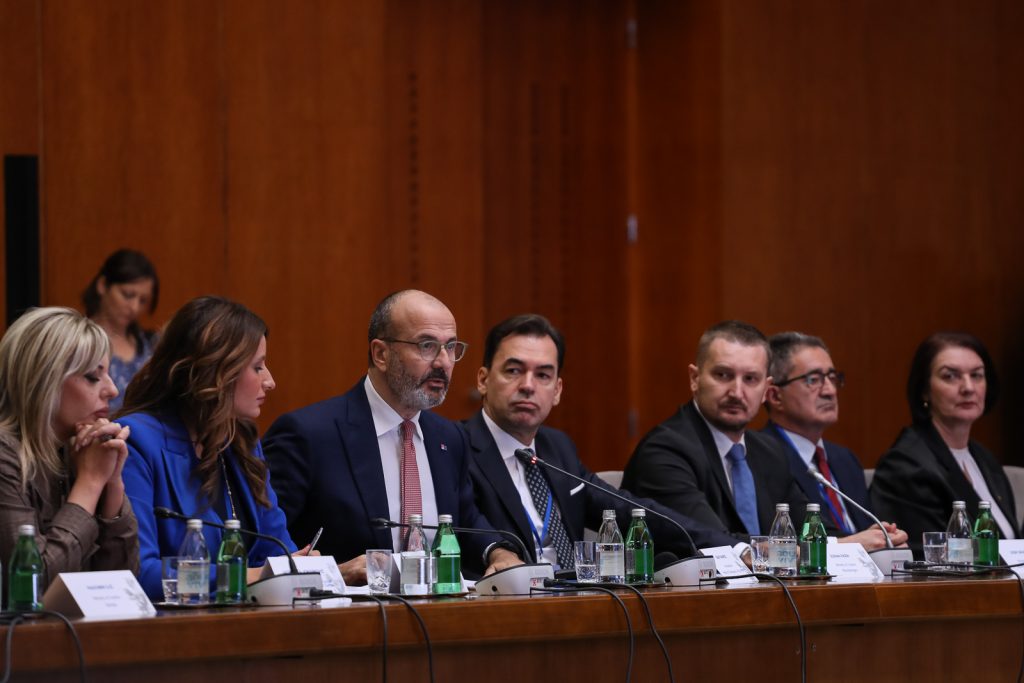 The opening ceremony was attended by the Head of the EU Delegation to Serbia, Ambassador Sem Fabrizi, Minister of Justice of the Republic of Serbia Nela Kuburović and Minister for European Integration Jadranka Joksimović.

Ambassador Fabrizi says EU countries are a positive example in this area, as the Corruption Perceptions Index, measured by Transparency International, is among the top 20 in the EU’s 14 member states and wants to share its experiences in the region.

“Serbia has taken a number of crucial steps in the past period, which helped build a framework of legislation and institutions that can help deter corruption and related phenomena. There is important work that is being carried out by the newly established special specialized authorities to investigate, prosecute and adjudicate corruption and organized crime in line with the law”, Ambassador Fabrizi says. 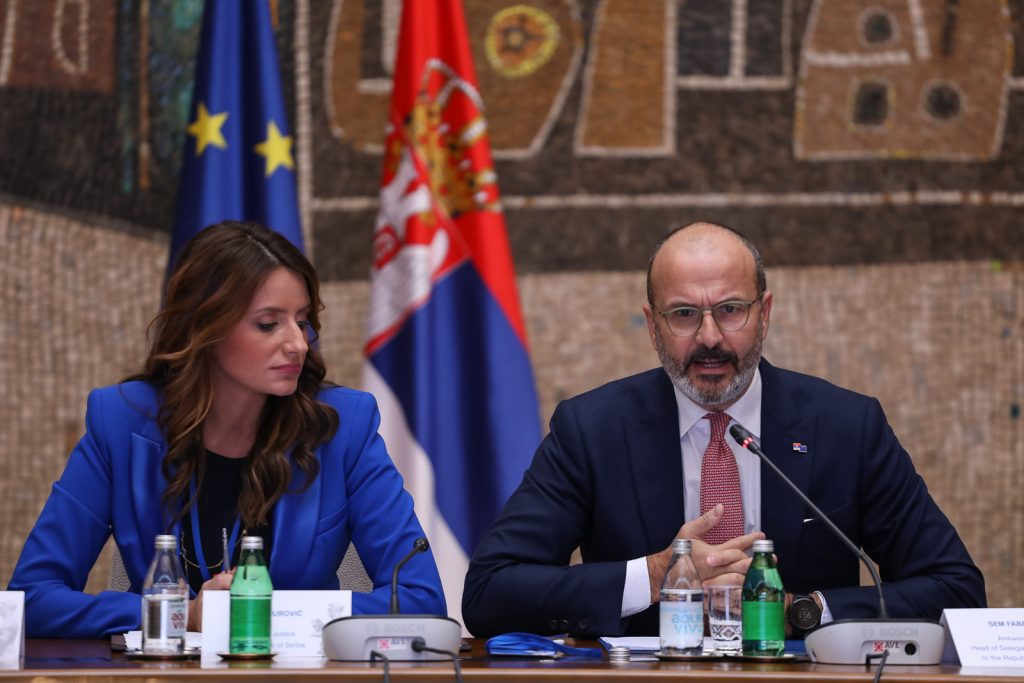 The EU expects Serbia to actively apply these legal solutions, which is why we will monitor the results presented through the data together with the public, says Ambassador Fabrizi.

“We have a long road ahead in the European Union and in Serbia and in the countries of the region. I assure you that we will continue to work together. I thank all those involved in the implementation of projects, and especially the fighters against corruption, who are facing this phenomenon on a daily basis,” concludes the Head of the EU Delegation.

Minister Kuburovic says holding the conference is a confirmation of Serbia’s commitment to the rule of law and states that there is no universal answer to the issue of corruption.

“When it comes to corruption, we must not forget that it, and especially the profits it brings, does not know national borders. That is why international cooperation in this area is of the utmost importance. Detecting and prosecuting corrupt actions is unthinkable without the exchange of information between different state authorities, both nationally and internationally,” notes Minister Kuburović. 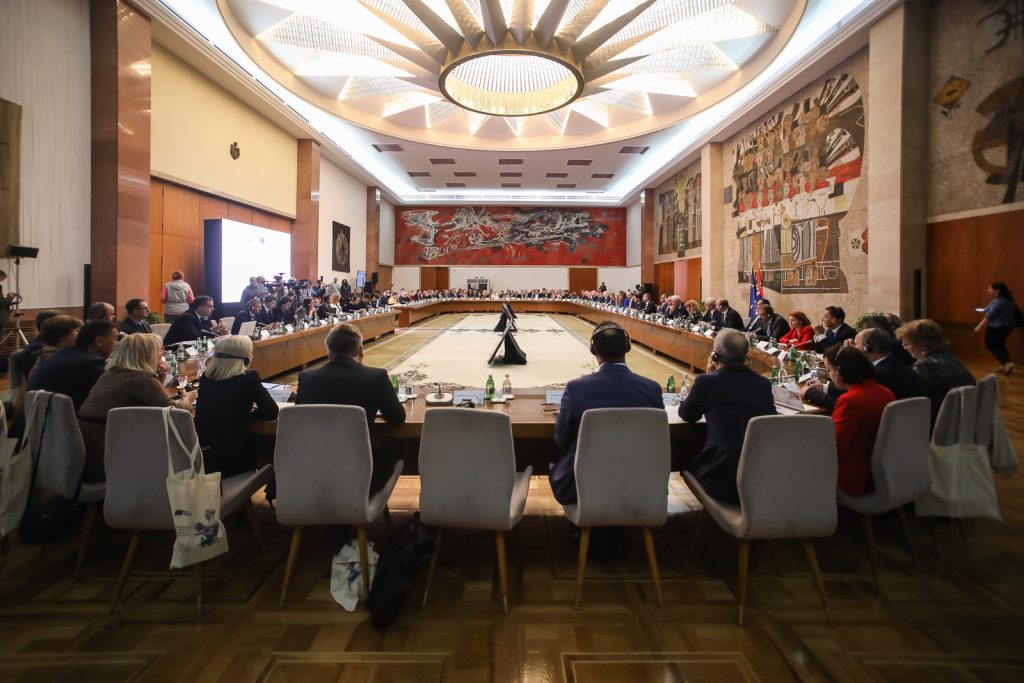 The recent Law on Organization and Jurisdiction of State Bodies in the Suppression of Organized Crime, Terrorism and Corruption has been the focus of attention. The data show that in the 18 months of the special departments of the prosecutor’s offices and courts for the fight against corruption, 771 convictions for corruption and criminal offenses of economic crime were rendered, of which almost 750 were convicted. 172 people are in prison for corruption, dozens for abuse of office, and many for money laundering, State Secretary at the Ministry of Justice Radomir Ilic told RTS.

Applying the Law, the Public Prosecutor’s Office has so far approved the formation of 6 “strike groups”, 4 of which have so far completed their work and led to the initiation of investigations against 98 individuals and two legal entities.

For the first time in Serbia, courts and prosecutors have the opportunity to hire financial forensics, who play a significant role in the process of prosecuting corruption, money laundering and financial crime in general.

With the support of the EU project “Prevention and Fight against Corruption”, the Memorandum on Cooperation of the Republic Public Prosecutor’s Office, the Ministry of Internal Affairs and other state bodies is being drafted to improve the work of striking groups.

Within the conference, there is a ministerial segment led by Minister Kuburović, as well as several working groups on the topic of new investigative mechanisms, the role of state authorities, civil society and modern technologies in the fight against corruption.

Improving and strengthening cooperation between relevant anti-corruption institutions and services will be discussed by the Ministers of Justice, Prosecutors, Heads of state bodies for the prevention and fight against corruption from Serbia, Albania, Austria, BiH, Croatia, Czech Republic, Hungary, Italy, Montenegro, Northern Macedonia, Romania, Slovakia, Slovenia and Turkey.

The event is live-streamed on the Justice Ministry’s YouTube channel.