This December, Nis had a chance to become a “smarter“ city through the work of 70 young people aided by representatives of relevant institutions, organisations, municipalities of the City of Nis, with mentorship and support from advertising, architecture, design, IT and creative industry and multimedia management experts. KreNI Conference, supported by the EU Delegation to Serbia and EU Info Point Nis for the second time, allowed young people, divided into four teams, to brainstorm ideas in an effort to make four municipalities of the City of Nis more exciting and functional.  They were aided by experts in advertising, architecture, design, IT as well as creative industries and multimedia management from the US, the Netherlands, France, Austria, Italy and Serbia.

For the third consecutive year, KreNI Conference is organised by association Young Ambassadors. Secretary General of the association Snezana Andric said that “there is so much more to KreNI than a mere conference – it is an example of synergy among different institutions, organisations and individuals who all strive for making a creative change in our society. KreNI is about young people’s creativity and their will to make the most of the knowledge they gained during today’s conference.” 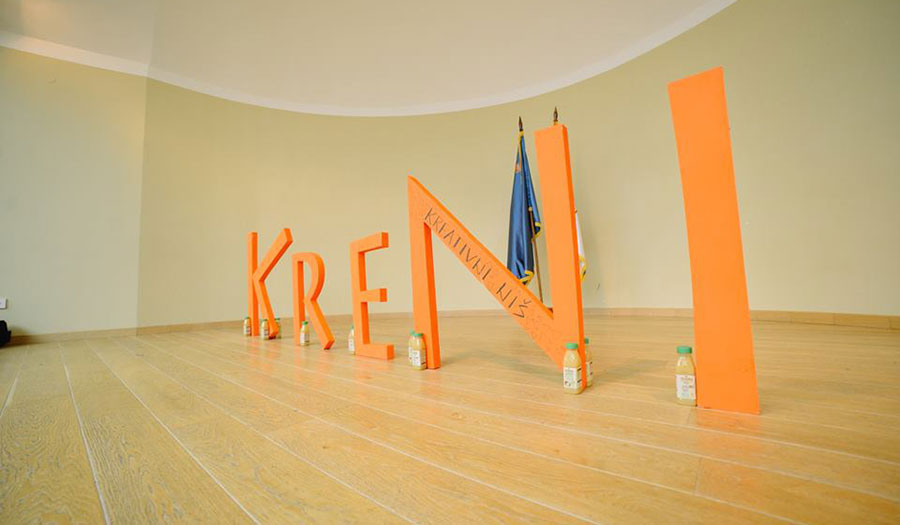 The first prize went to the team tasked with development of the municipality of Medijana. They designed the Path of Love intended to make more pleasant the journey from the Wedding House, where civil weddings take place, to the Church of the Holy Trinity, where the church ceremony is held “Wedding House would feature a map, with detailed paths and stops on the way to the final destination. In front of the House, statutes of a bride and groom would be erected, wearing wedding rings. Street art-decorated path, the Steps of Love, would lead to the road sign of love, pointing to three directions – Love (the Wedding House), Faith (the Church of the Holy Trinity) and Hope (a nearby park). The park would be named the Park of Love with a love gate and a love bench. The pedestrian crossing would be decorated, too,“ says Medijana team member Katarina Djurickovic , summing up her experience of the KreNI Conference. She said that “designing and working toward a solution to the task is a valuable experience for my team. We learned how to apply the knowledge we gained, with regard to the area of study, to everyday problems and how to make the most of our fellow team members’ individual qualities.“

The second prize went to team Palilula, the municipality where the Bubanj memorial park is located. “The first segment includes creation of a QR code that would take visitors to the web-site of the Municipality of Palilula to learn more about the history of Bubanj. The second phase is the creation of a tactile model called the Three Fists in order to bring the blind and visually impaired closer to the grandeur of the monument.  The map would be placed next to a panel featuring an excerpt of the poem featured on the frieze around the monument. The verse “We stomped the darkness and freed the way for the sun“ would be written in bold. The third segment of the project is a proposal to introduce the Bubanj Celebration Day. The idea is to gather citizens in the memorial park once a year for a series of cultural and artistic events intended to promote this cultural and historical site,“ says Tamara Pancic, member of the Palilula team, adding that “the prize and donor support mean a world to us as they allowed us to support the promotion of this important cultural and historical heritage site and become active participants in the renewal of our city“.

This year’s conference was hosted by the Netherlands. “So many young people, so much energy and creativity. In the Netherlands, we deeply care about creativity and I am glad to see that Nis deems it important as well,“ said Luuk Nijman of the Dutch Embassy in Belgrade. 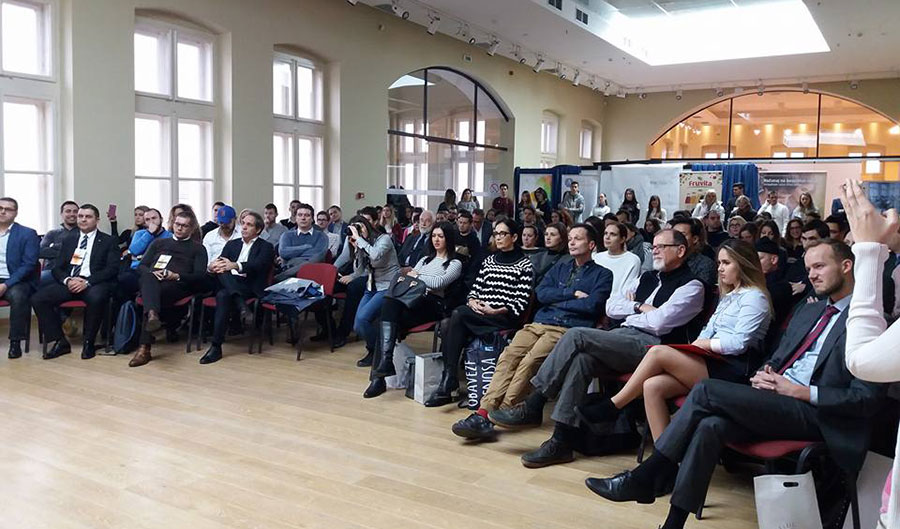 Apart from awarded teams, the conference left strong impressions on creative industry experts as well.  Remko van de Krac, a Dutch design expert, told the participants that “cooperation is of great importance in any creative business. Working alone is very hard, it is much easier to create something through team work, when all of your fellow team members are focused on attaining a specific goal.“

“KreNI Conference is important because it allows participants to see things from a different perspective,“ said, Fabrizio Leoni, an architect from Italy, who also delivered a lecture during the event.

Mentors of the Conference also lauded it. Creative Director of the Mikser House Sarajevo Maja Lalic said: “The importance of this whole idea lies in the fact that young people are given a chance to find solutions to problems in their own environment, the one they can easily identify with, and give their own insight. I believe that young people who are taking part in these conferences will grow into much better members of their society and pass their knowledge on.“

KreNI Conference is organised with support from the Embassy of the Netherlands to Serbia, the City of Nis, Erste Bank and the EU Delegation to Serbia. The lecturers responded to invitation to take part in the Conference thanks to the US Embassy, the French and Italian Cultural Institutes, the Austrian Cultural Centre and the Embassy of the Netherlands.