As the Paralympic teams of Serbia and Bosnia and Herzegovina are getting ready for the forthcoming Tokyo Paralympic Games (August 2021), determined to bring more gold medals back home, they decided to assist in including more people with disabilities in sports and other social events.

As part of the project “Social integration through parasport—Parainspired!” the municipalities of Inđija (Serbia) and Sarajevo (Bosnia and Herzegovina) have joined forces to inspire people with disabilities to do sport and to integrate this form of sport into the system of education. With support from the European Union (EU), this cross-border cooperation project on both sides of the Drina, held under the slogan “Get Inspired!”, seeks to draw the public’s attention to athletes with disabilities and European and world champions among them.

The response to promotional trainings and exhibition games held by Paralympic athletes for persons with disabilities was overwhelming.

“Thanks to this project, 15 children with disabilities from our municipality have started doing sport. This number shows the impact of this project that other towns and municipalities can join, too,” says Vladimir Gak, President of the municipality of Inđija.

EU funding was used to purchase sport equipment and two vans for athletes with disabilities in Serbia and Bosnia and Herzegovina. The equipment worth around EUR130,000 included 20 wheelchairs for professional Paralympic athletes as well as Ping-Pong tables and other equipment used by professional and recreational athletes.

Workshops, curricula for workers in sports, and hiring of sport assistants for persons with disabilities are also planned as part the project. To round things off, an official initiative will be launched in both countries to stimulate participation of persons with disabilities in sports, as a way of making a systemic effort to tackle the issue of inclusion of these athletes. 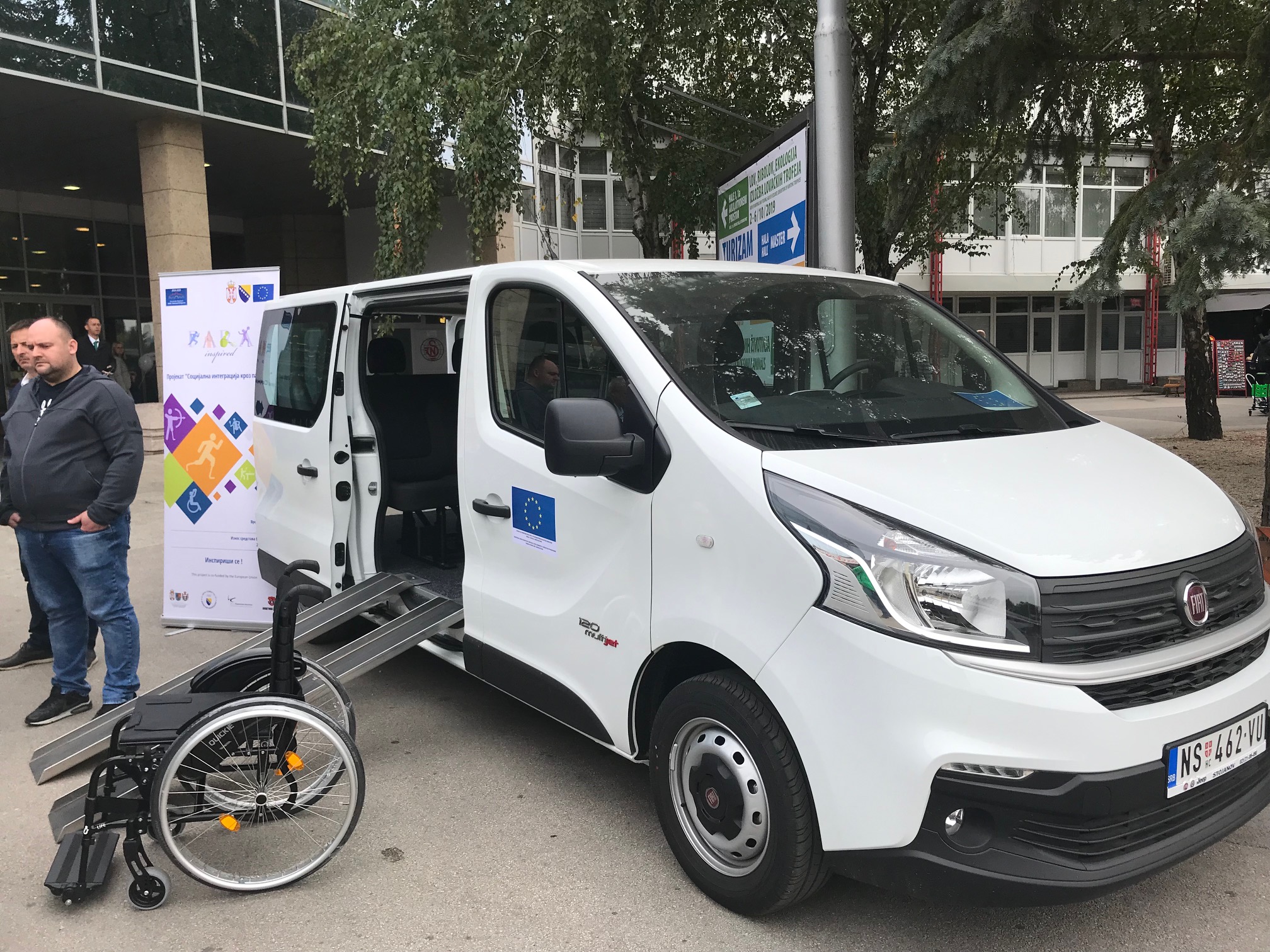 The procurement of equipment will enable wheelchair basketball to return to Bosnia and Herzegovina, paving the way for young Paralympic athletes to practice sport and realise their full potential.

“The majority of parasports require big money, especially in terms of equipment such as professional basketball wheelchairs. Without projects like these, we wouldn’t be able to achieve great results,” says Igor Ignjatović, a member of BiH’s national wheelchair basketball team.

With two gold medals from Paralympic Games and carrying three world and nine European champion titles, sitting volleyball is the most awarded sport in Bosnia and Herzegovina. In Vojvodina, on the other hand, table tennis players are responsible for bringing home the majority of medals nationwide, including gold medals in European and world championships. 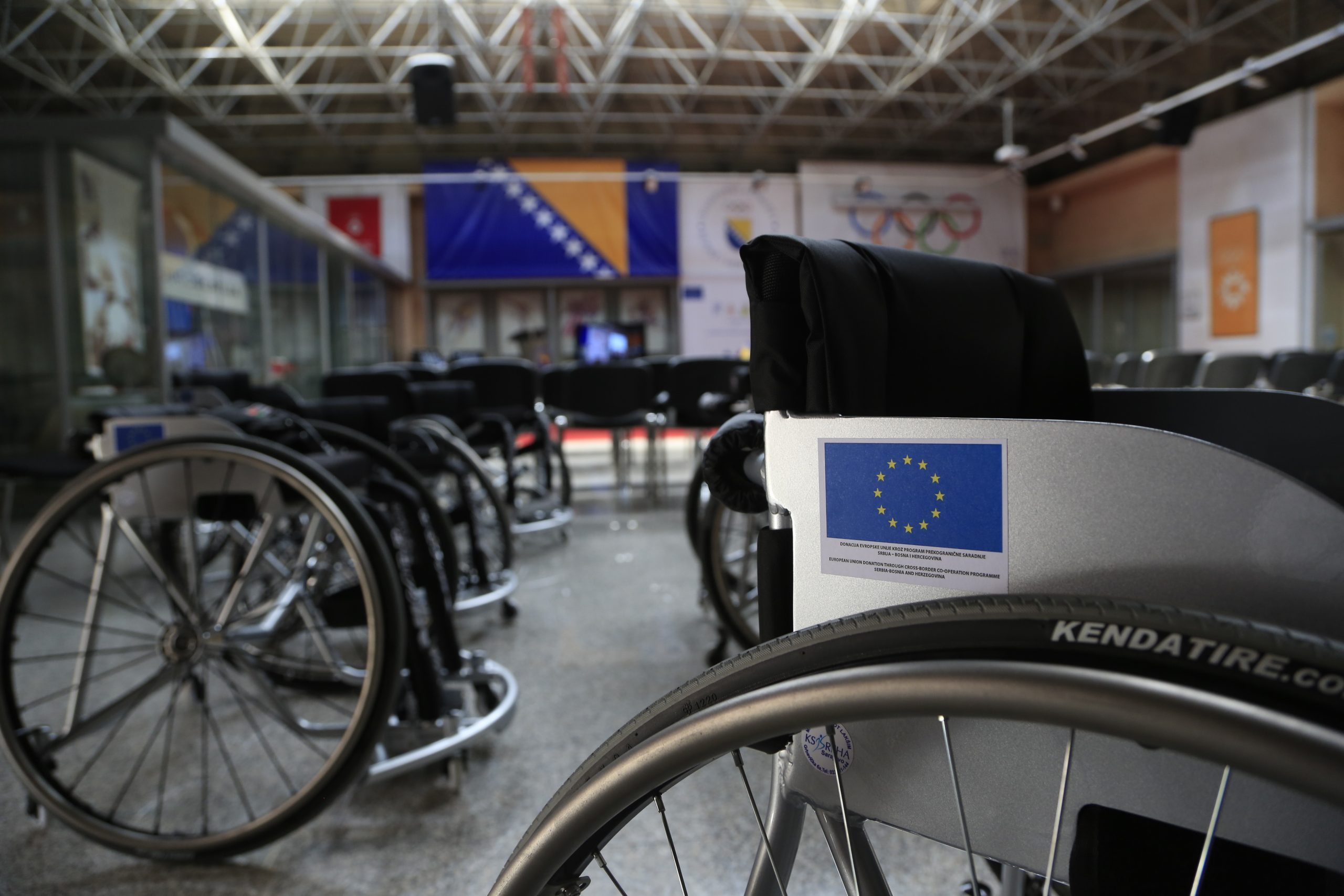 Working to promote project “Parainspired!“ In Serbia are one of the best Paralympic athletes in the world Zlatko Kesler, who is also Vice-President of the Paralympic Committee of Serbia, and Borislava Perić Ranković, the best table tennis player in the world.

Under the slogan “Get Inspired!“, project “Social integration through parasport—Parainspired!“ is implemented as part of EU’s Serbia-Bosnia and Herzegovina cross-border project. It is realised jointly by the Provincial Secretariat for Sports and Youth of Vojvodina, the Olympic Committee of Bosnia and Herzegovina, European Affairs Fund of AP Vojvodina, and the municipality of Inđija, with support from the Ministry of European Integration of Serbia and Directorate for European Integration of Bosnia and Herzegovina. The project’s total value stands at EUR263,914. This action strives to increase participation of persons with disabilities in sporting events in the border area and improve sport infrastructure accessibility.