A strong and efficient public administration that is at the service of citizens is one of the basic values ​​of the European Union and therefore reform in this area is one of the most important issues on Serbia’s path to the EU, said Martin Klaucke, Head of Section II at the EU Delegation in Belgrade.

At the final conference of the “Management of Human Resources in Local Self-Government – Phase 2” program, he said that strong state administration at the local level means effective implementation of public policies that are essential for the quality of life of citizens.

“Reform means creating trust, credibility, responsibility and services for citizens. The local level is particularly important because that’s where things happen, that’s where citizens come into contact with the public administration, that’s where decisions and policies are implemented,” said Klaucke.

He added that this is why the European Union is committed to strengthening the capacity of public administration at the local level and that the EU’s special attention is focused on investing in people and employees in local administration.

“In order to have a strong public administration at the local level, we need quality people, independent and qualified experts who are able to be allies of citizens and to properly implement public policies and serve as a service to citizens,” said Klauke. 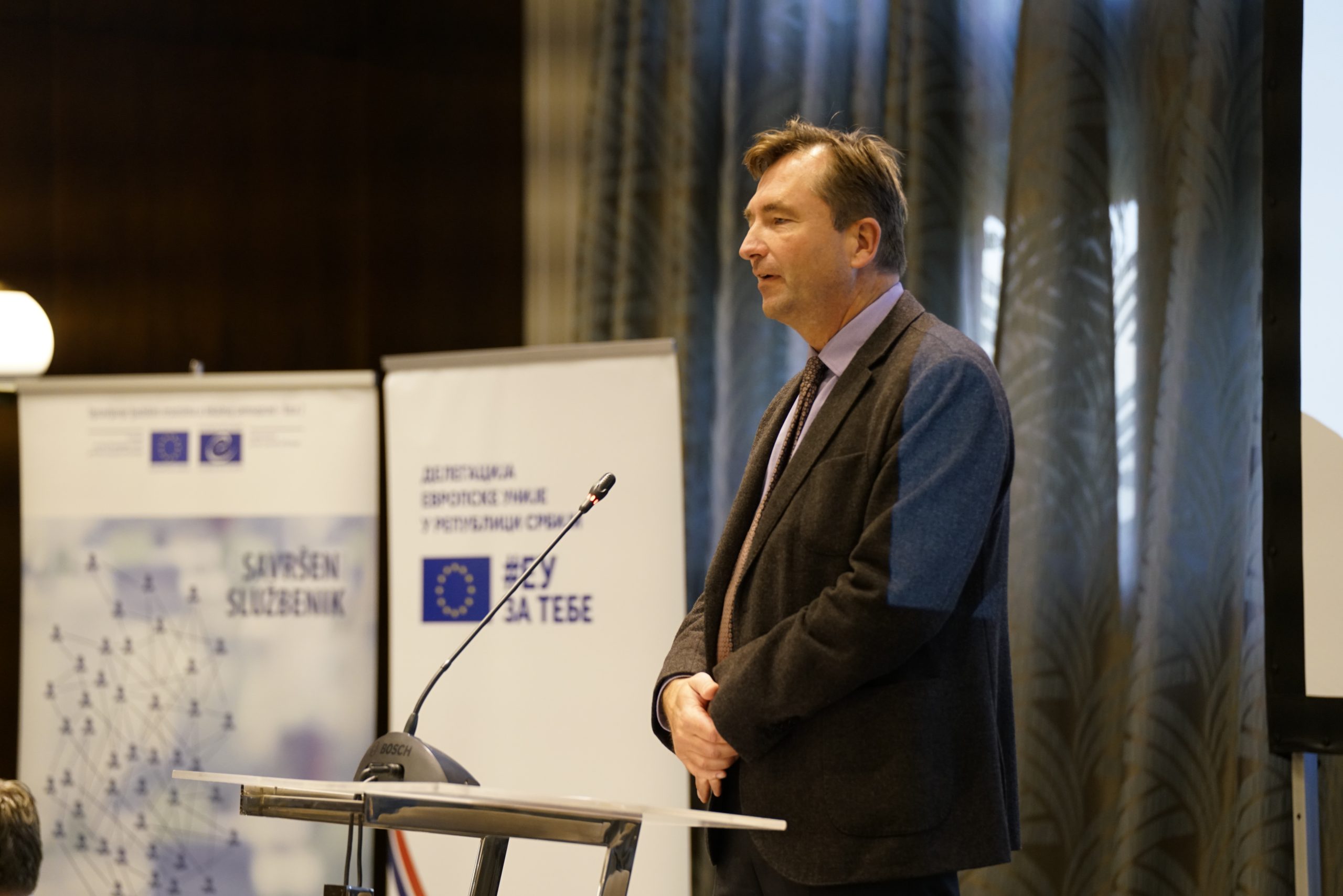 The head of the Council of Europe mission in Serbia, Tobias Flessenkemper, said that at this stage the project was focused on practice and on implementation in order to make the public administration as efficient as possible.

“The Council of Europe is involved in the process of strengthening local self-government because there are standards in the field of public administration that we want to be respected. Strengthening local self-government means empowering people who are employed in local institutions and improving the human rights of all citizens”, said Flessenkemper.

He added that this project showed that partnership is crucial, especially partnerships between different levels of government and organisations that are dedicated to the European goal of Serbia.

“Whatever happens in the political sphere, European unity is always the solution and the right answer. We strive to develop a democratic system for all our citizens based on European values”, said the head of the Council of Europe mission in Belgrade. 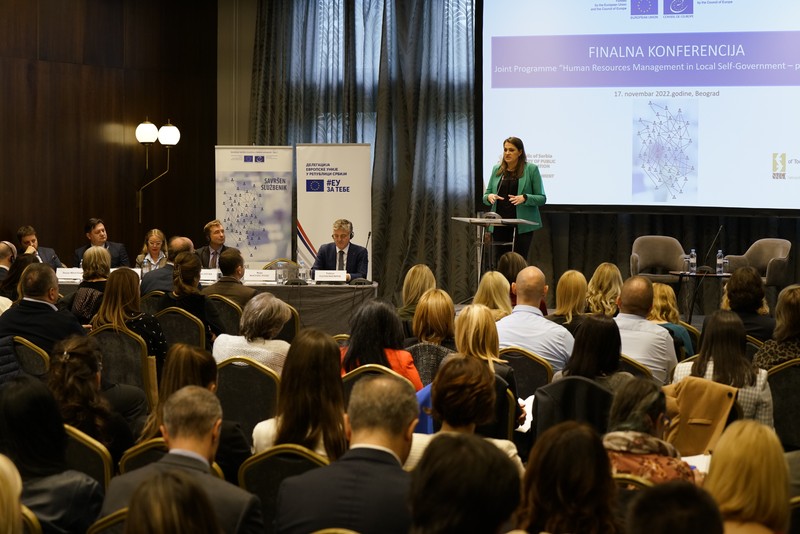 State Secretary Maja Mačužić Puzić states that the key to all reform processes are people and says that constant investment in human resources contributes to the comprehensive reform of public administration, as one of the Government’s priorities, but also an essential prerequisite for accession to the European Union.

“Efficient public administration leads to better provision of services to citizens and the economy, reduction of corruption and greater trust of citizens in the administration, but it is not possible without qualified and competent civil servants at all levels of government,” she emphasised.

The program “Management of human resources in local self-government – phase 2” was implemented during the last four years and is worth four million euros. Through this Program, a competency system for local officials was introduced for the first time. Also, fifty municipalities and cities received direct support in the development of the human resources management function, more than two thousand employees went through various trainings, more than three hundred million euros were allocated, through grants, to projects from 33 local governments through which they improved the work of local officials.

The support from the EU to Public Administration Reform in Serbia has amounted to more than EUR 200 million from 2000 up to now. The assets intended for public management are used for the professionalization of the management, development of electronic services, public finance control and improving the work of local self-governments and independent institutions.

Public administration reform is one of the most important elements of Serbia`s process of accession to the EU and during 2014 it was also the focus of the negotiations. Modern and expert public management is a key element to every EU member state so as to efficiently implement the laws and control the assets from the EU funds in a transparent way.