As a part of EU support, the project “EU for Serbia – support for safer products” has been successfully completed. During the project many activities were carried out and they can help Serbia in harmonisation with European standards.

“The project included the following activities: support for harmonisation within the Negotiating Chapter (construction products, explosives and pyrotechnic products intended for civilian use, personal protective equipment and motor vehicles), strengthening the capacity of quality infrastructure institutions (Accreditation Body of Serbia, Institute for Standardisation of Serbia and Directorate of Measures and Precious Metals) and assessment bodies compliance. In addition, it supported authorities responsible for market surveillance, as well as a campaign to raise consumer and business awareness about the importance of technical legislation”, said Miodrag Dugandzija, Acting Assistant of Minister of Economy. 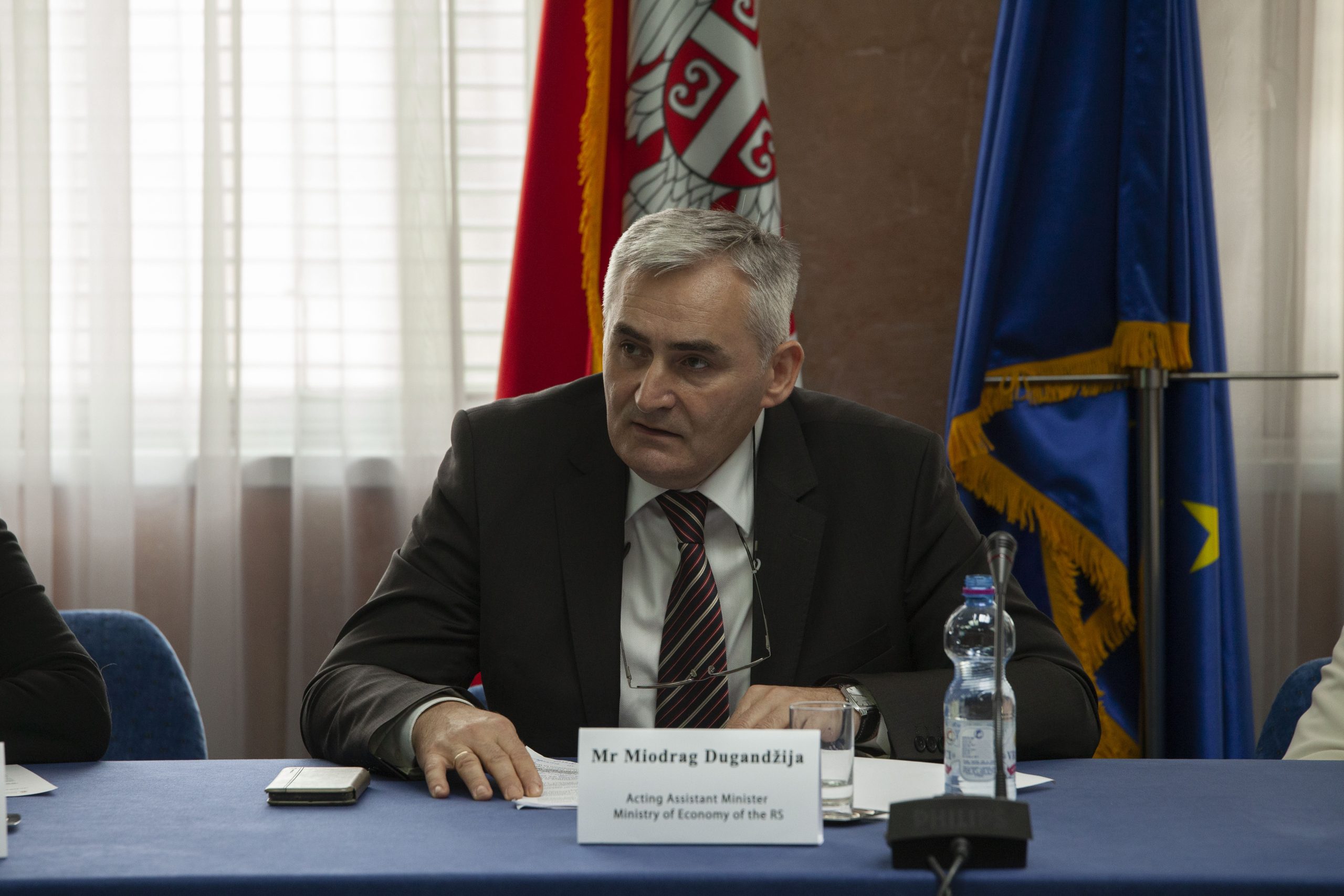 Dugandzija added that realised project activities contributed significantly in terms of harmonisation of regulations as well as improvement of knowledge in the area of quality infrastructure of the Republic of Serbia, with the aim of progress in the negotiation process within the first negotiation chapter “Movement of goods” linked with the accession of the Republic of Serbia to the EU.

“This project supported Serbia approximation to the European Union Internal Market in both legislative terms and product safety and consumer standards. It helps Serbian institutions and companies in meeting high health, safety and environmental requirements for product placement on the market, for the benefit of consumers and safety of children, including safety improvement of the children playground’s”, said Andrea Hochhuber, Head of EU Delegation to Serbia’s European Integration and Economic Section. 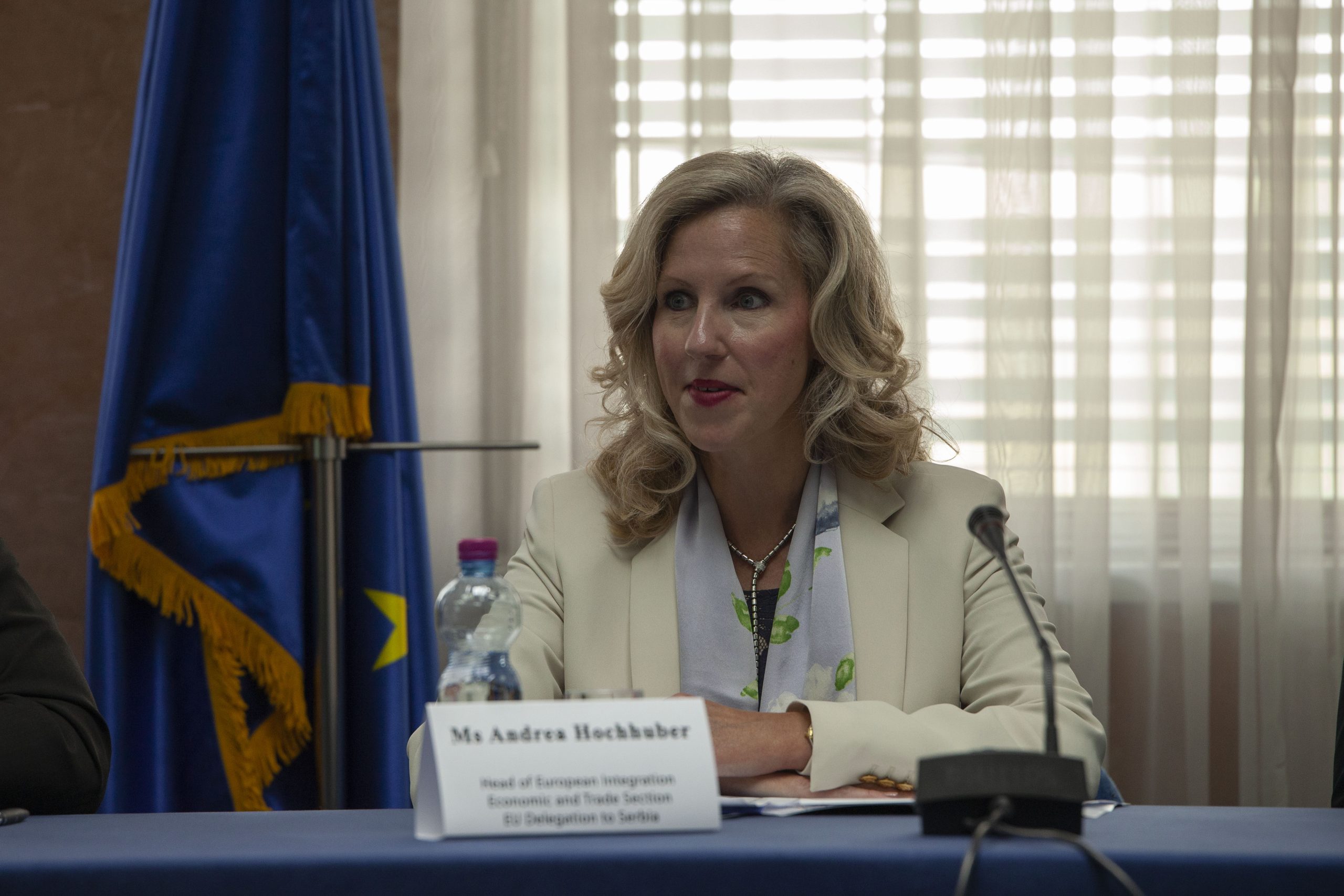 During the implementation of the project several visibility campaigns were realised for pyrotechnics, Personal protective equipment, the importance of standardisation and participation in standardisation safer children’s playgrounds and sectorial promotion of Ministry of Economy.

“The project EU for Serbia – Support for Safer Products has confirmed the strong commitment of the Serbian Quality Infrastructure institutions towards safety and competitiveness in the country, in the Balkans and in the EU. The Quality infrastructure serves better than never before the interests of Serbian citizens and companies by applying the best available European practices”, said Francesco Verdera, the project Team Leader. 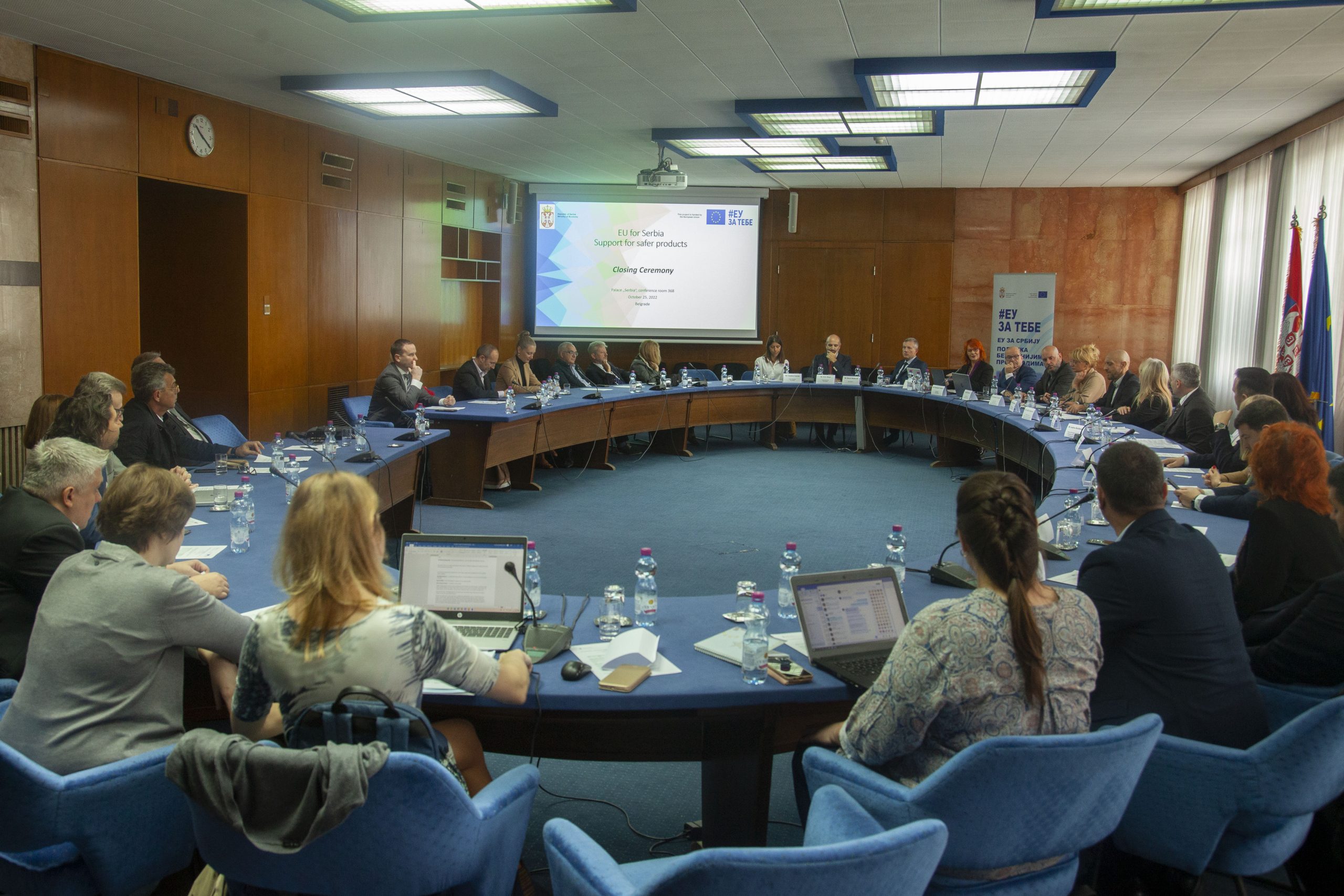 When national product regulations are harmonised with European Union legislation, equal treatment, increased competitiveness, lower prices and greater and wider choice for consumers are ensured. This ensures an equal level of protection of public health, consumers and the environment in the internal European market.

The European Union provides continuous support to Serbia in removing technical barriers to trade and the free movement of goods. The process of harmonisation with EU regulations and standards was achieved, among other things, through technical support to institutions through several projects whose value is more than ten million euros.