The Franciscan monastery in Bač was officially opened after restoration. The keys of the renovated religious facility were handed over by the Head of the Delegation of the European Union to Serbia, Ambassador Sem Fabrizi.

The reconstruction of the monastery was carried out through the donation of the EU and from the funds of the Ministry of Culture of Serbia, and the total value amounts to more than one million euros. Ambassador Fabrizi claims that by recognizing the past and building the present, it is possible to build a better future. He adds that the European Union is dedicated to the preservation of cultural assets, as illustrated by examples of the reconstructed industrial mine Senj, the archaeological site Lepenski Vir, Golubac fortress and the Synagogue in Subotica. 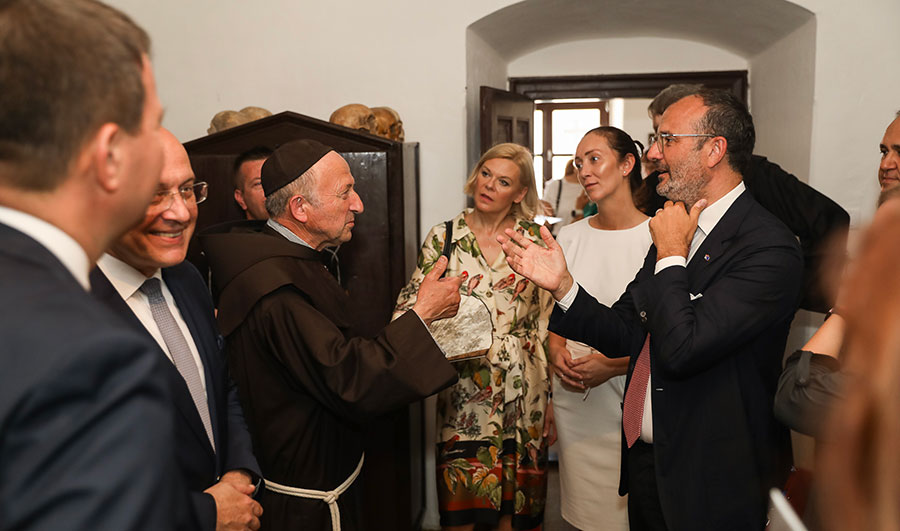 “Saint Francis spoke of forgiveness, of holiness, of hope, of faith. It is a Christian message, but simultaneously both Islamic and Jewish, that everyone wants to live in peace and it is precisely the message for this region”, the Head of the EU Delegation to Serbia concludes.

In Bač to open the 🇪🇺 funded rehabilitation of the Franciscan Monastery, jewel of architecture. Another concrete example of EU’s support to 🇷🇸 culture heritage. Delighted to hand over the key to Father Joseph, the Monastery Keeper, together w/Central & Provincial authorities 1/2 pic.twitter.com/Y82brvLJG0

Minister of Culture Vladan Vukosavljevic thanked the European Union for the funds it has donated and estimates the removal of dust from the common culture of European peoples every time they work together to preserve cultural monuments.

“I am proud that the Ministry of Culture participated in this project. This is an object that is a hub for centuries, cultures and religions,” said Vukosavljevic. 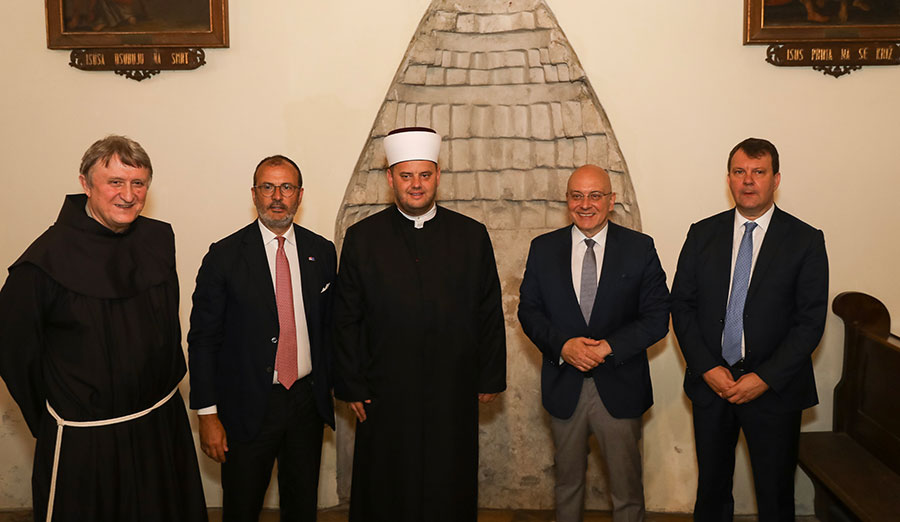 Vukosavljevic points out that the preservation of monuments of different cultures and relics highlights the richness of the common past of the European peoples. The honor of restoring this important cultural monument was also expressed by the Prime Minister of the Government of the Republic of Serbia, Igor Mirovic.

“The reconstruction of this monastery is an example of the right relation to cultural heritage,” says the Prime Minister of the Government Igor Mirovic.

“This event carries a deep and wide message. This little place that gave its name to the whole of Backa, today has regained its importance and has become one European city,” says Ilija Vrdoljak, a province of the Franciscan province “Cyril and Methodius”.

The Franciscan monastery is located in the center of Bač and is organically integrated into the medieval urban matrix. It was built in the shape of a square in the center of which is a yard with a central well-set.

Within the church, we can see an interesting mix of cultures, from fresco-preserved parts, over the remains of the Turkish bath, large organs that are in function. A rich library of heritage books written on parchment. 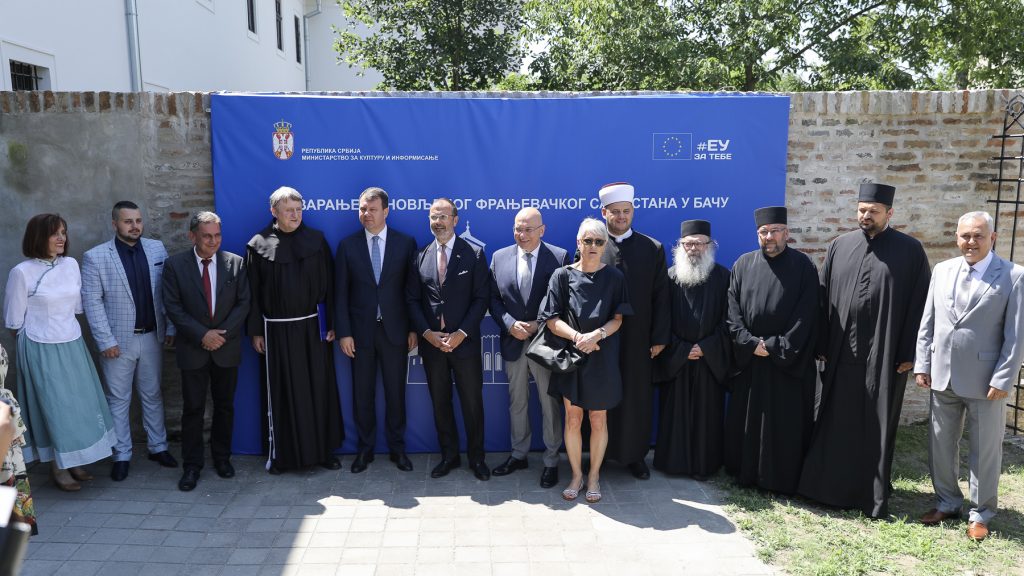 The monastery was built in a late Romanesque and early Gothic style, and since the Franciscans did not leave it for the past three centuries, it has preserved rich cultural heritage – old objects, fabrics and dishes that testify to past times.

It was founded by the canons of the Holy Grave of Jerusalem, and then they were taken over by the Franciscans. After the conquest of the Suleiman the Magnificent, a century and a half was also a mosque. Through the centuries the monastery was renovated, expanded, repaired. It was built on the basis of the 6th century. It was started as a Romanesque building, in order to continue as a Gothic object. The construction of the church began at the end of the 12th century when a smaller Romanesque church was built. In the second half of the 14th century, the Franciscans renewed the church in a Gothic spirit. The baroque renovation included a church and a monastery.

The monastery is integrated into the whole which is a “diffuse museum”, a place where we can see the fortress Bač, the monastery of Božana and the mentioned Franciscan monastery.