You are at:Home»Project Activities»Tutin gets new school thanks to EU and Swiss support

Thanks to funding provided by the European Union and the Government of Switzerland through the European PROGRES programme, a new 200-square metre school building and various sports courts have been constructed for pupils of the four-year elementary school in the village of Zapadni Mojstir, the Municipality of Tutin.

“With this new school building, pupils and teachers have an additional motive to study and teach as the newly built facility creates appropriate educational conditions. Within the facility there is a pre-school class and a clinic that will prevent people from leaving the village,“ said Jusuf Demic, Principal of the Aleksa Djilas Beco elementary, recalling the dire state of the former building with worn out floors and carpentry and the plaster falling off from the ceiling.

As he put it, adjacent to the school building there are volleyball, football and basketball courts that mean a world to 25 pupils of the school. 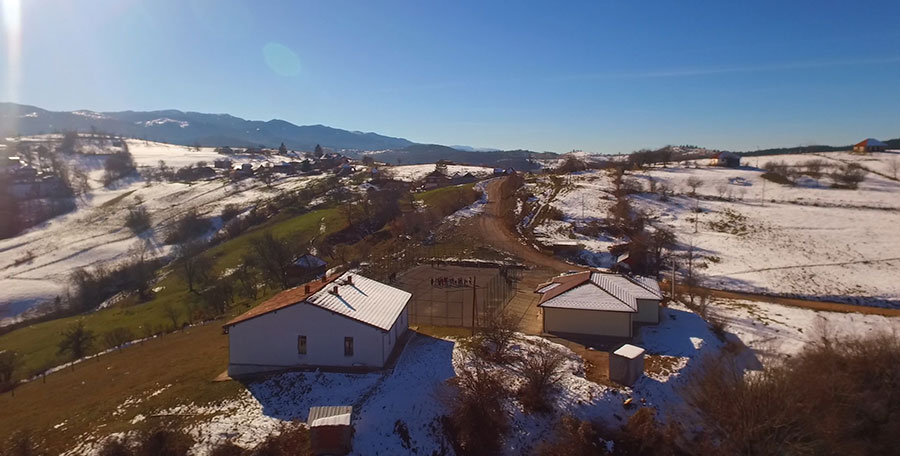 Stressing the importance of donor support, amounting to EUR83,000, and the local self-government’s contribution of EUR73,800, Bahtir Hamidovic of Tutin’s Urban Planning and Local Economic Development Department said that local people were the ones to spark the initiative for the construction of a new school building because, as he put it, for them, it is not a mere building, but a place that brings the local community together.

Through the European PROGRES programme, the EU and the Swiss Government have invested nearly EUR2 million in improving educational conditions in 34 under-developed municipalities in southeast and southwest of the country, thus making a long-term contribution to their social and economic development. Apart from the new school building in Tutin, another five schools have been renovated (in Bela Palanka, Blace, Crna Trava, Leskovac and Kursumlija) with a view to creating equal educational conditions for all children, regardless of the area they live in.

The European Union and the Government of Switzerland support activities of the European PROGRESS programme which contributes to sustainable development of south and southwest Serbia, with a total of EUR24.46 million. Approved projects will be aimed at strengthening local administrations; creating an environment that fosters development of infrastructure and economy; and improving the implementation of social inclusion and employment policy. The programme is implemented by the United Nations Office for Project Service (UNOPS).