Vaccines Quickly Anywhere in Serbia Thanks to EU Support

Twenty-four institutes for public health throughout Serbia have today specialised vehicles for the transport of vaccines and medical teams, thanks to the support of the European Union. The President of the Republic of Serbia, Aleksandar Vučić, and the Head of the Delegation of the European Union to Serbia, Ambassador Emanuele Giaufret, attended the handover of vehicles equipped with portable refrigerators and additional equipment that enables the distribution of vaccines while providing a cold chain. In this way, the vaccines will be available in remote health stations, i.e., more people.

Also, the EU continues to financially support the employment of 200 health workers, engaged in 23 health institutions in Serbia, for a new period of three months, which provided additional human resources needed in the fight against the epidemic of COVID-19. 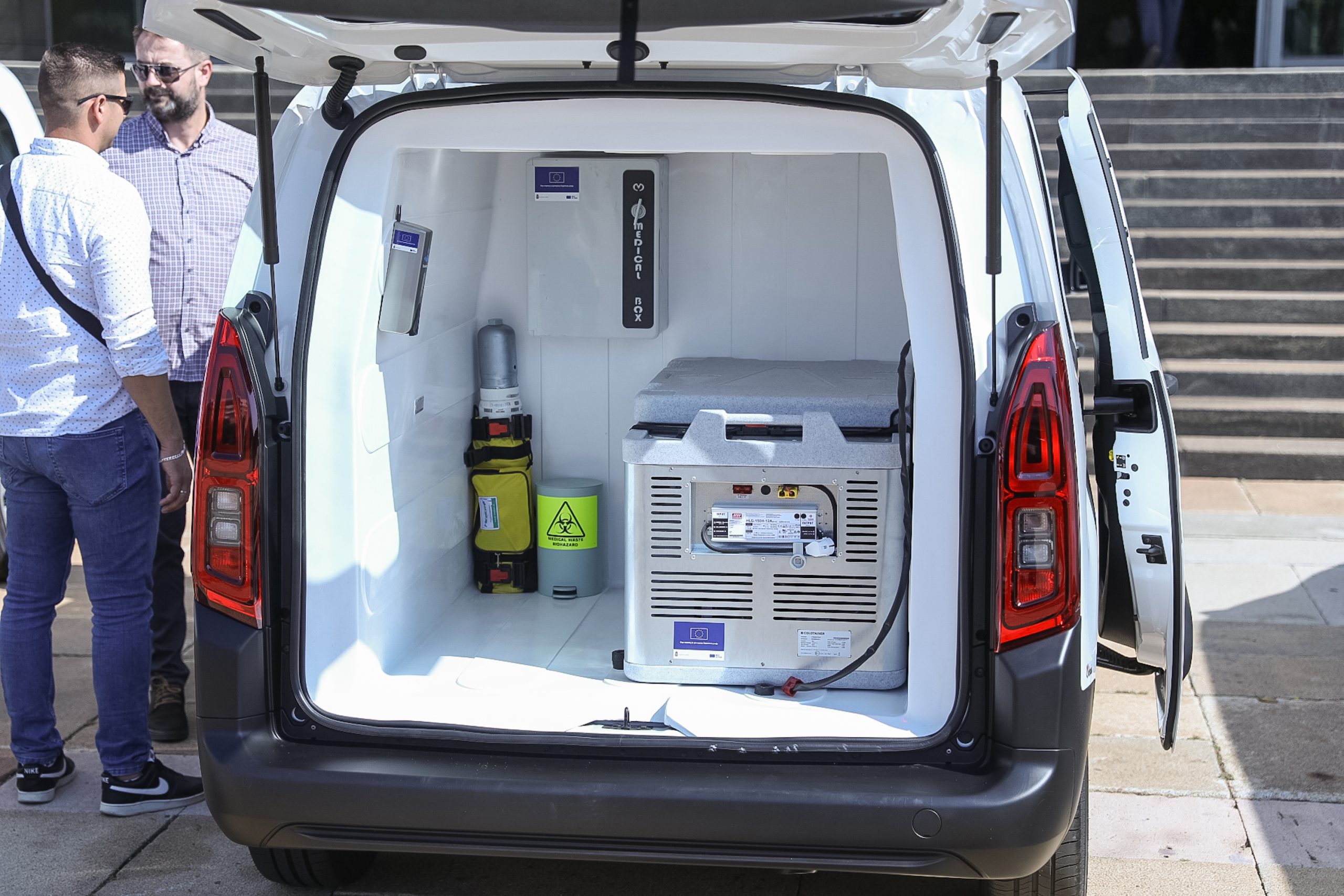 “At the moment when we want to send vaccines anywhere in Serbia, we will no longer rent vehicles, but we will be able to deliver vaccines to almost every place within 10 to 12 hours. The vehicles will go to 24 municipalities, from Sombor, Kikinda and Subotica, to Pirot, Vranje, Uzice or Novi Pazar. We can do all that thanks to the help of the EU, which in this project alone amounts to more than 600,000 EUR. We need to say “Thank you”, because it is the money of other countries taxpayers. We have thus solved a significant problem that we faced in the distribution of vaccines “, said the President of Serbia, Aleksandar Vučić. 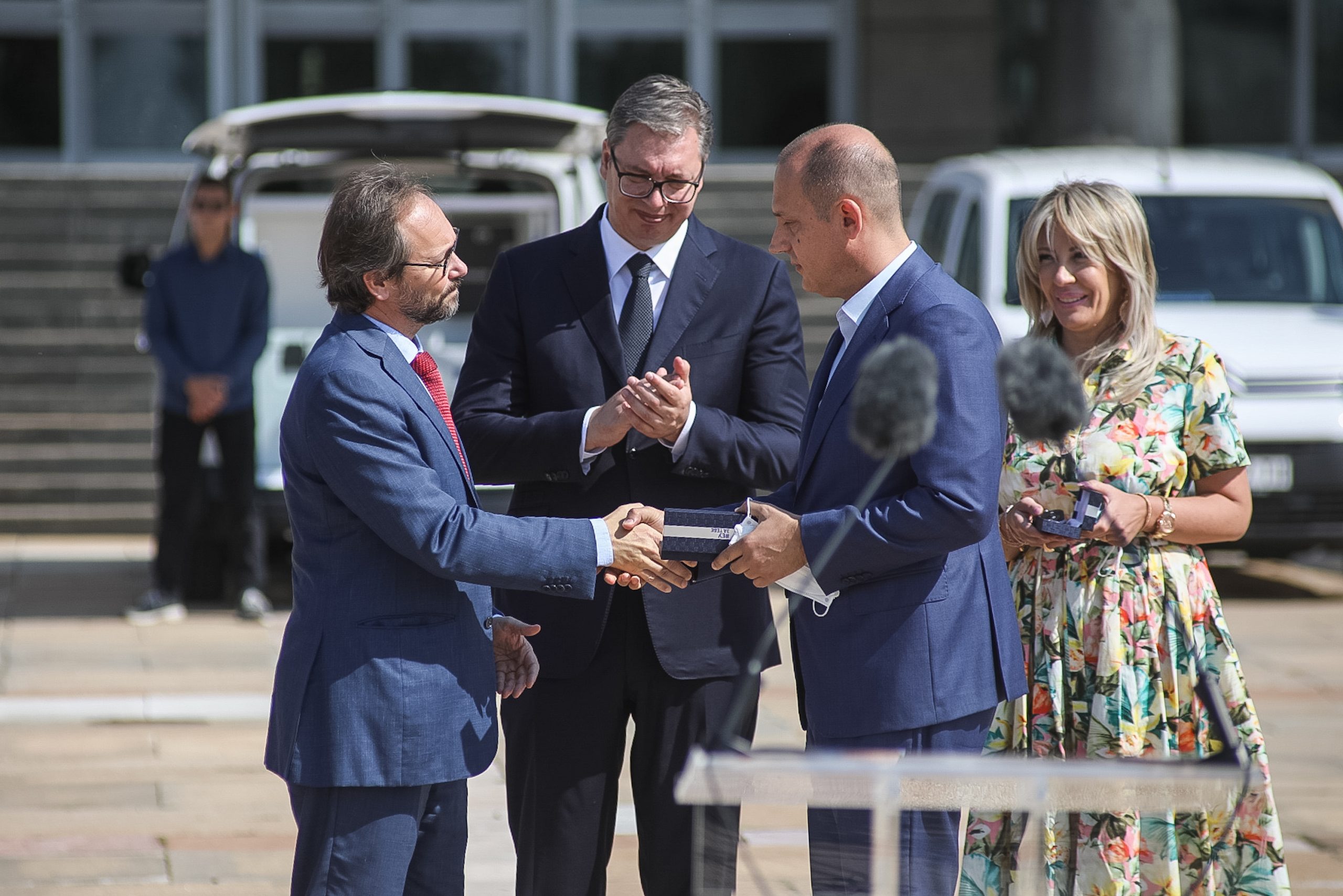 “If these vehicles are to transport vaccines, I hope they will be busy, used and serving the best purpose and help speed the vaccination process, even to the more remote areas, thanks to the cold-chain delivery system. Solidarity remains a guiding principle in EU’s support to Serbia and we remain committed to support these efforts by meeting the needs of Serbia in both providing the necessary medical equipment and human resources as well as securing protection of the most vulnerable members of the community that have been profusely affected by the ongoing pandemic.”, said the Head of the EU Delegation to Serbia Ambassador Emanuel Giaufret. 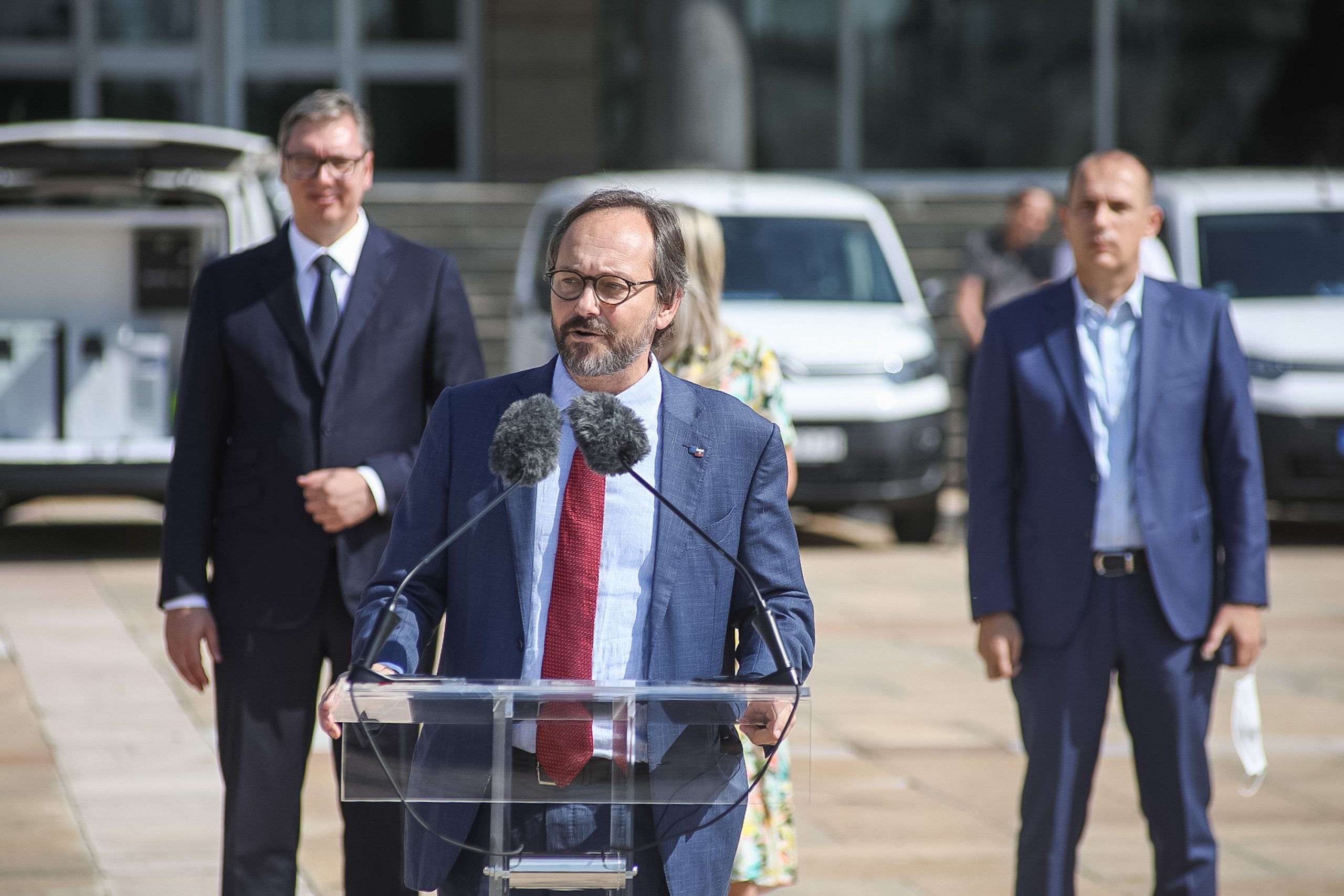 Ambassador Giaufret symbolically handed over the vehicle keys to the Minister of European Integration Jadranka Joksimović and the Minister of Health Zlatibor Lončar, and the event was attended by the Director of the UNOPS Office in Serbia, Mickela Telatin, the Director of the Institute of Public Health of Serbia “Dr Milan Jovanović Batut”, and representatives health institutions that received a donation. 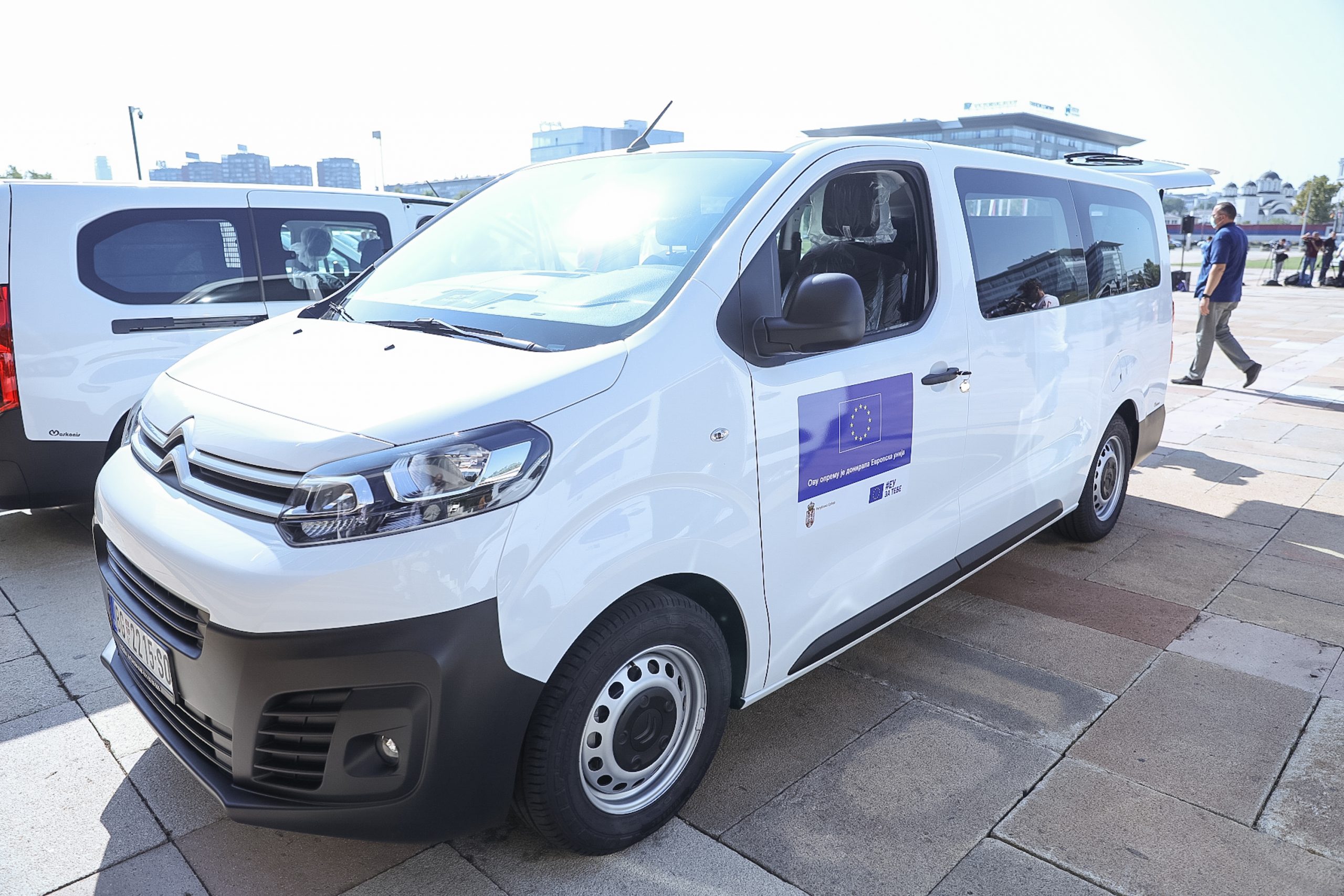 This support, worth close to 1.2 million euros, is part of a larger package of EU aid totalling over 10 million euros in medical and non-medical equipment delivered during this and previous years in partnership with the UNOPS office in Serbia. 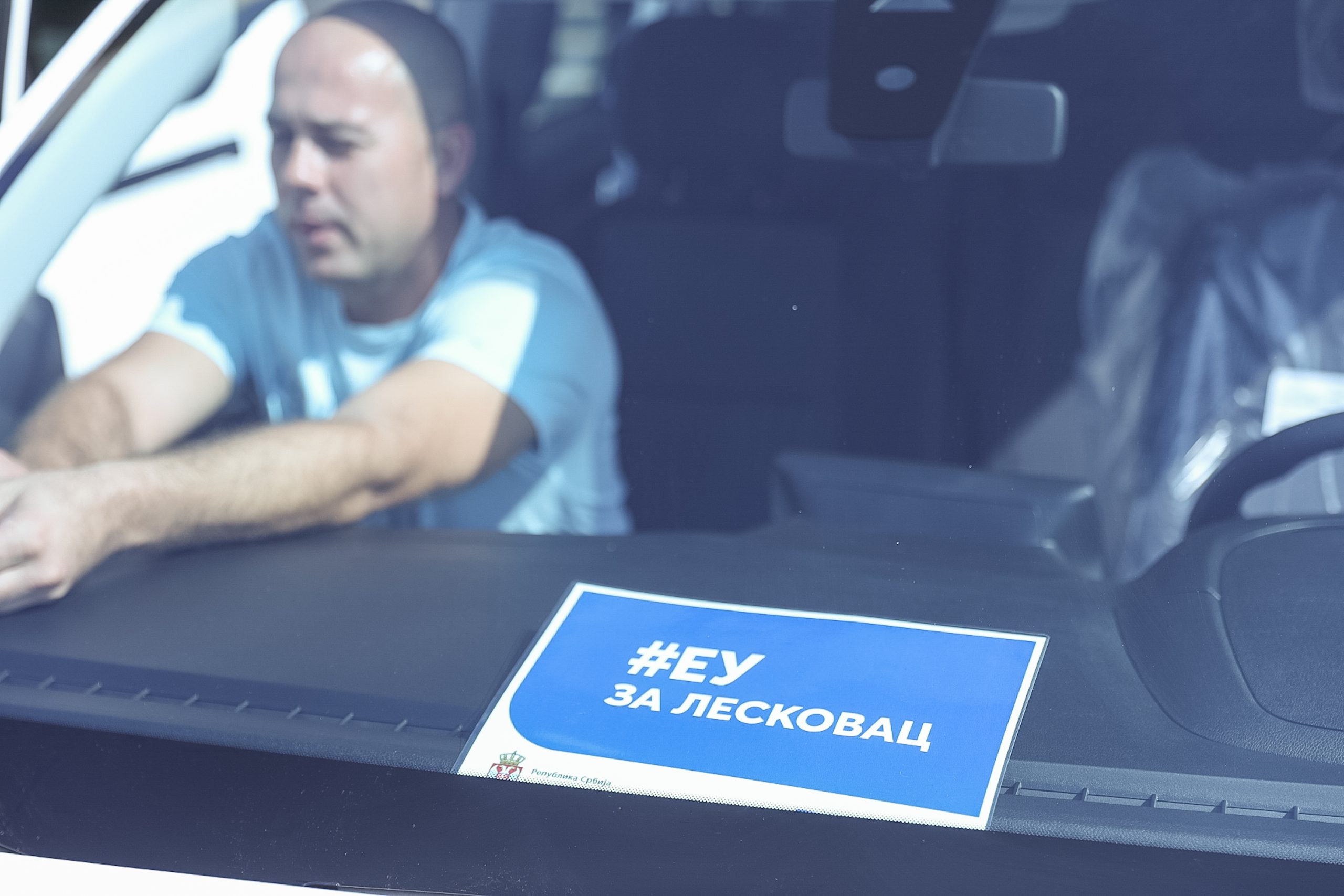 Since the beginning of the pandemic, the European Union has supported Serbia in the fight against the spread of the virus with more than 77 million euros, of which 20.7 million euros were spent on urgent support and the most urgent needs to strengthen the health system in Serbia both in crisis and during regular functioning.