What is the aim of the Regional Economic Area?

The Western Balkans Regional Economic Area aims at developing an area where goods, services, investments and skilled workers can move without obstacles. It will scale up the market available to potential investors in the region: access to almost 20 million consumers from a single base, and opportunities to create value chains across borders will boost Western Balkans economic attractiveness, also taking advantage of trade relations with the EU.

What is the European Commission’s position on the Western Balkans Regional Economic Area? Is it a Commission proposal?

The European Commission is responding to calls from the region itself for deepening cooperation to increase growth and create more jobs.

For a number of years, the Commission has made proposals to develop the ‘connectivity’ of transport and energy systems, as a flagship policy to promote regional co-operation and underpin economic growth in the Western Balkans. Consequently, the Commission fully supports the Western Balkans partners’ own ambition for deeper regional economic integration and is very keen to lend its political, technical and financial support. But it will be up to the countries themselves to take the necessary steps to accelerate regional economic integration.

Is the Regional Economic Area a substitute for EU membership or will it replace the enlargement process?

No, it is not an alternative to EU integration.

On the contrary, the progressive deepening of the economic integration in the region should be based on EU rules and principles. Such an approach will secure both integration within the region and with the EU. In this way, this initiative will be an important milestone for preparation for EU accession.

How will it be put into practice?

The concept will be put into operation through a multiannual action plan, endorsed by the Western Balkans leaders at the Trieste Summit on 12 July 2017. The action plan comprises four dimensions: trade, investment, mobility and digital market. 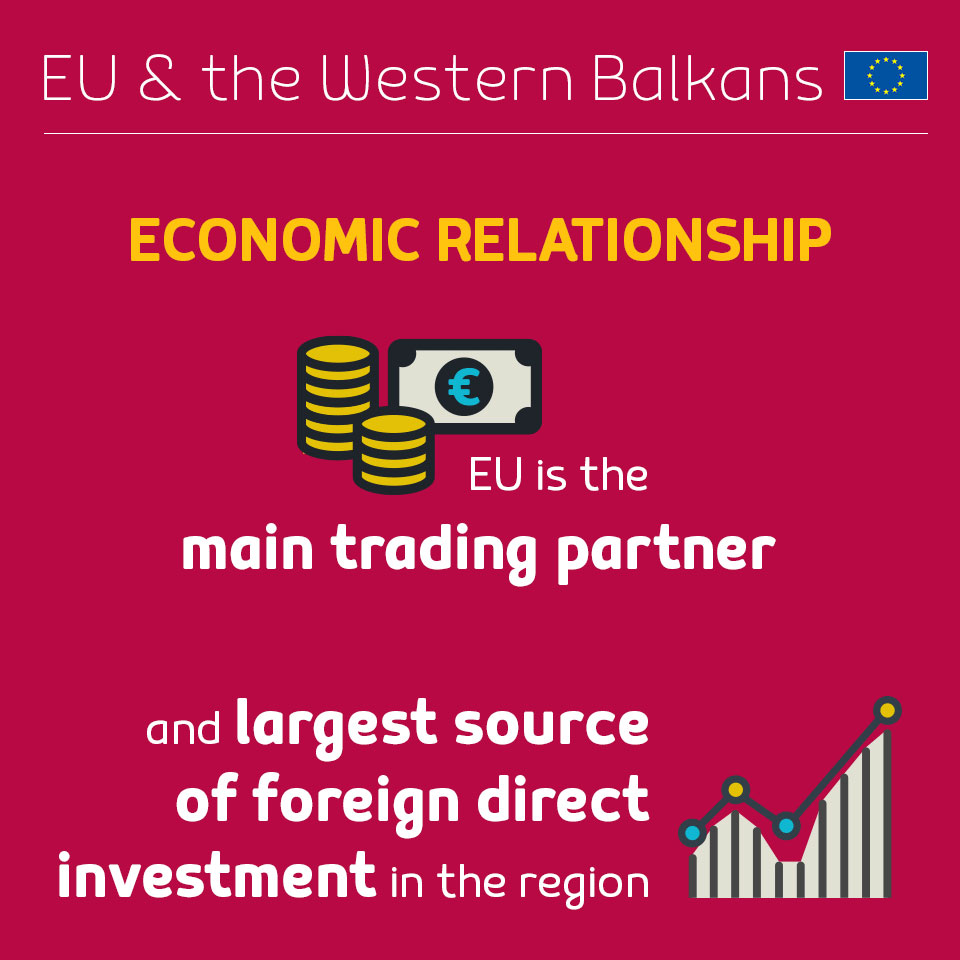 On trade, the parties agree to mobilise their efforts to implement successfully CEFTA additional protocols on trade facilitation, to swiftly conclude the adoption of Additional Protocol on trade in services and start without delay its implementation (in particular for key services such as finance, insurance, and transport), and to launch negotiations of a new protocol on dispute settlement. Provisions for eCommerce and external tariffs are also included.

On investment, the parties agree to establish a regional investment agenda, which will include exchanges of information and best practices on investment policies and identify policies that could be harmonised. The parties also agree to stimulate private sector development in order to maximise the benefit of the Regional Economic Area to the local economies.

The digital dimension covers roaming and broadband deployment, cybersecurity and data protection, and will address the needs of digital skills over the region.

What is the timeframe?

That will depend on the region’s ambition! The timeframe for the establishment of the Regional Economic Area should not be set by the EU but by the parties themselves. The European Commission will support the parties in this process.

What benefits will it bring to the Western Balkans and to the EU?

Greater economic integration will make the region more attractive and competitive. Engaging in a regional economic area sends a powerful message that the Western Balkans is a market of some 20 million consumers with enormous untapped potential. This will attract more Foreign Direct Investment (FDI) and lead to higher economic growth and job creation. For the EU, such an area would also open new opportunities for EU and Western Balkans companies by developing value chains over the region. It would secure both integration within the region and with the EU and at the same time also foster the region’s approximation to the European Union.