The round table related to public debate of the Draft Amendments of Law on Enforcement and Security was held yesterday in Appelate Court in Belgrade. More than 80 participants – enforcement agents, judges, lawyers, representatives of civil sector and the Ministry of Justice attended session and discussed about proposed provisions. Following the presentation of the draft Amendments, the round table participants were given the opportunity to comment on the draft, receiving clarification on the practicality of certain proposed provisions from the Working Group members.

The Minister of Justice Nela Kuburovic stated that the Amendments to the Enforcement and Security Law include very important topics.

“We are talking about the principle of proportions, as the basic principle that follows the enforcement procedure, and the big novelties are ahead by introduction of ″E- auction″ and e – bulletin board”.

She underlined as important the fact that all of comments were considered, first of all the comments of the members of the profession, as well as the comments of all participants in the enforcement procedure, adding that she believes that these changes will soon be found in the parliamentary procedure. 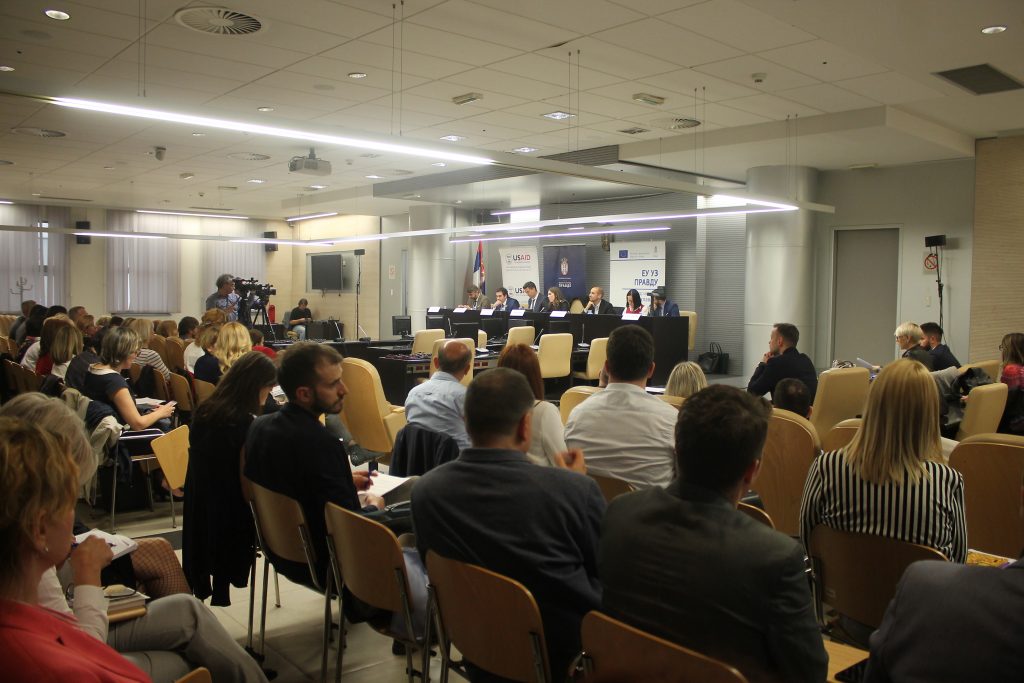 Enrico Visentin, Programme Manager of Delegation of the EU to the Republic of Serbia pointed out that the Draft Law on Enforcement and Security is at the final stage of the public debate.

“We understand that the Ministry of Justice has published the Draft law on their website, they have invited for comments and we understand that this comments will be carefully looked at and feedback will be given on whether the comments are pertinent or not and this is very good in terms of inclusive and participatory debate. In December 2018, a peer review mission was conducted in the area of enforcement. The purpose of this mission was to assess efficiency, quality and accountability of the current system of enforcement of decisions. We believe that relevant suggestions have been given by this Peer Review and that WG member will take those suggestions into due account”, emphasized Visentin and added that this debate is to enhance even more the effects of the law, giving great opportunity to improve this area.

Visentin also said that EU published its Annual Report for Serbia: “One of the areas that we have commended is definitely the area of enforcement. Notably, we have taken notes of not just the efforts, but also the results, when it comes, for instance, to the backlog reduction enforcements.” 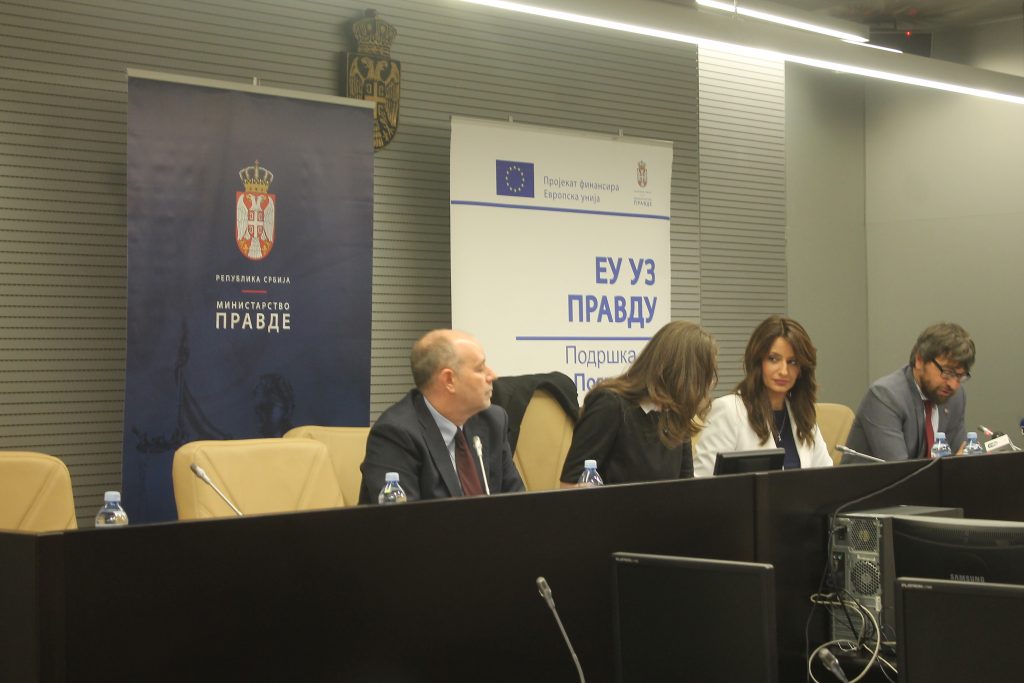 During the public debate the four round tables were organised with support of the EU Project “EU for Justice – Support for Chapter 23”, and held in Nis, Novi Sad, Kragujevac and Belgrade.

The European Union has been continuously supporting the Serbian judicial institutions through EU-funded projects in regard with efficient implementation of justice sector reform process.

The EU funded Project “EU for Justice – Support for Chapter 23” provided support to strengthen the capacities of the Ministry of Justice in order to fulfil its role in the judicial reform process and coordination of implementation of the measures of the Action Plan for Chapter 23 Judiciary and Fundamental Rights in the context of Chapter 23 accession negotiations. The European Union committed nearly 2 million euro for the implementation of the 2-year project.