Erasmus Alumni Help to Clean Up the Petrovaradin Fortress

Volunteers of the Erasmus Student Network Novi Sad and UGRIP conducted a joint action of cleaning the Petrovaradin Fortress, and this activity was a kind of introduction to the EU Green Week 2021.

“I visit the Fortress frequently and I find it a bit sad to see so much trash in such a beautiful place. I already took part in similar activities before, and I am glad I could help again,” says Iva Radulović, one of the volunteers who took part in the activity.

Following the cleaning up, all participants had a chance to take part in a guided tour through the Fortress and its catacombs. The impressive fortification was systematically constructed at three interconnected levels: the Upper Fortress on top of the Petrovaradin rock, the Lower Fortress – Wasserstadt (Water Town) with Suburbium, and a protruding fortification structure – a two-horned Hornwerk bastion on the southern side. The most attractive piece of architecture is embodied in the Underground military galleries, a complicated defence-communication and mine system of corridors spreading in the length of more than 16 kilometres. 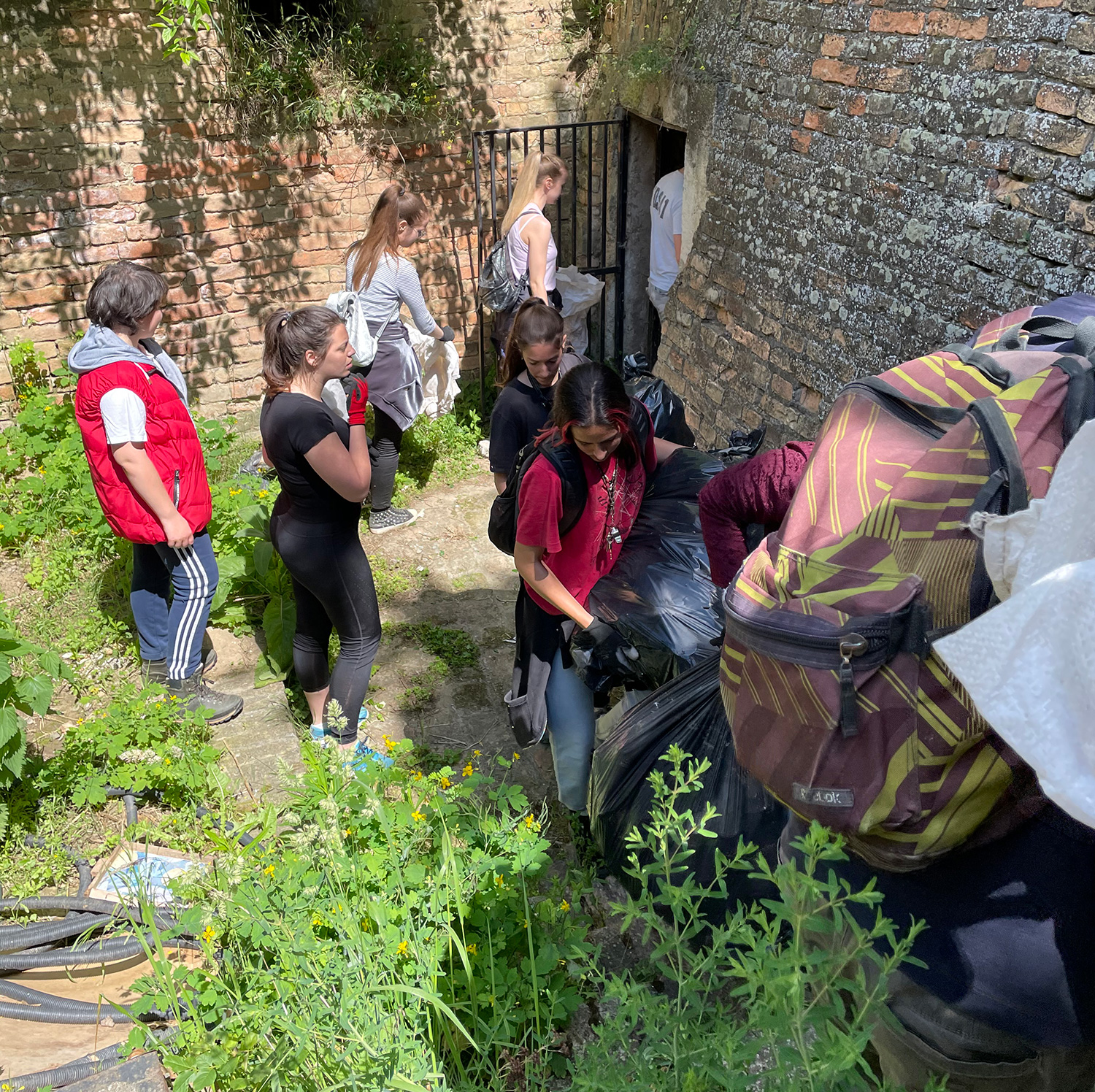 It took some 90 years to build the Fortress before it was officially completed in 1780. As a prime urban, architectural, cultural, and historic gem, the Fortress of Petrovaradin was demilitarised in mid-20th century and proclaimed a cultural monument.

“Trash is found in every corner of the Fortress as we could see while cleaning it up. We have to be more responsible when it comes to such an important natural and cultural monument,” said Filip Golubović of the Erasmus alumni network Novi Sad. 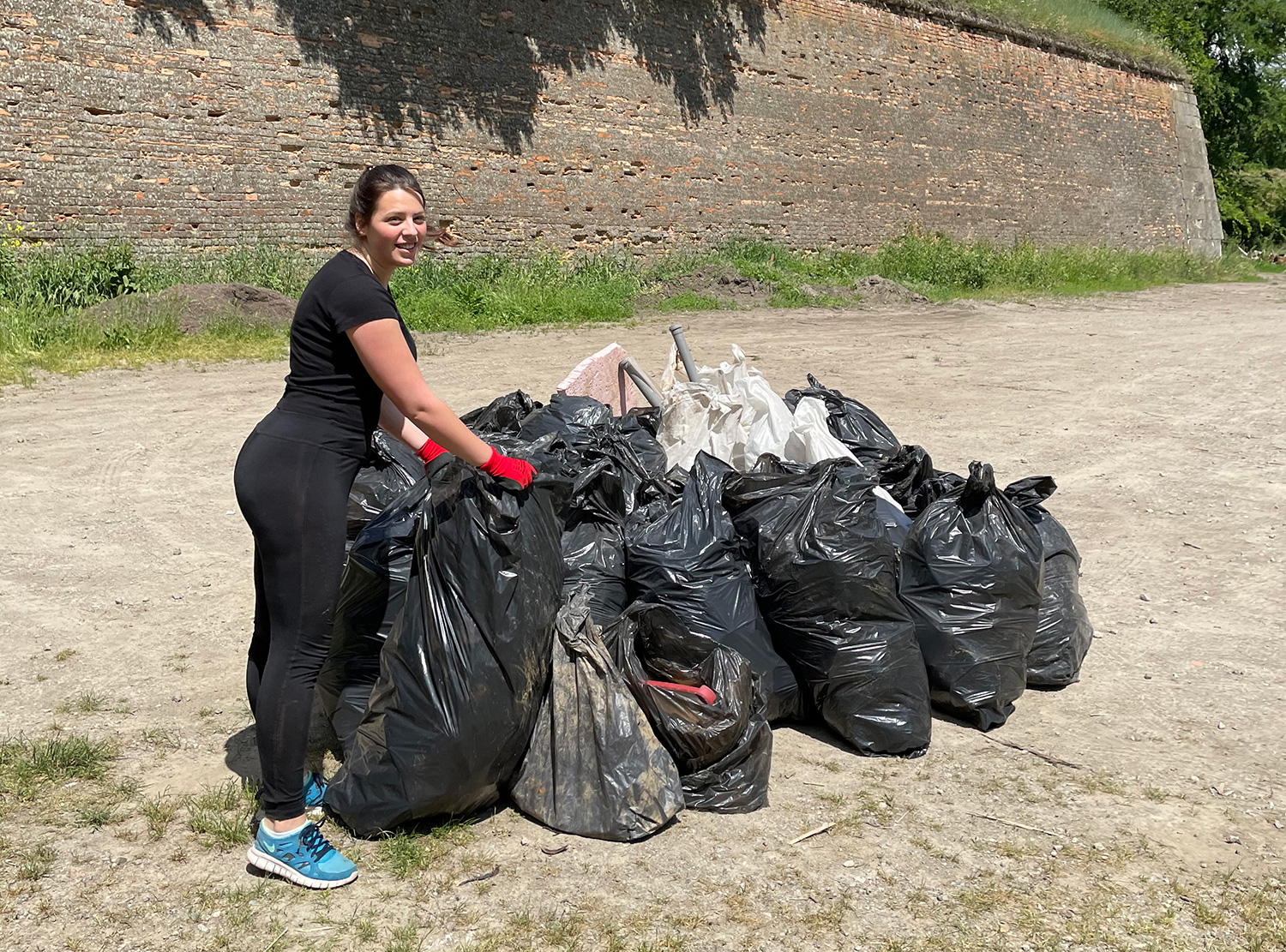 The action of cleaning the fortress was organized within the activities carried out by the Erasmus Student Network of Serbia and its local sections in Novi Sad, Belgrade and Nis with the support of the Delegation of the European Union in Serbia. Also, this action is an introduction to the European Green Week 2021, during which numerous activities will be organized in various cities in Serbia, which you can find out about here. 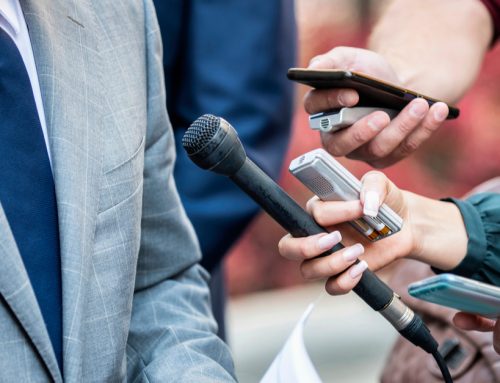 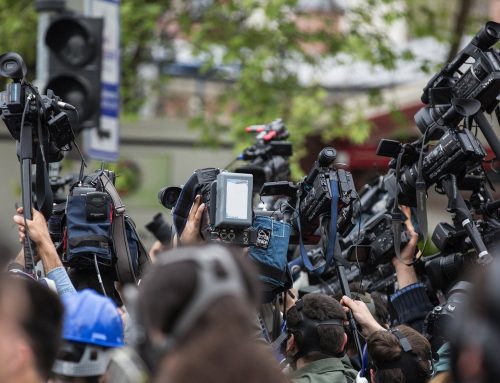 Call to Journalists to Participate in the Pulse of Europe Project 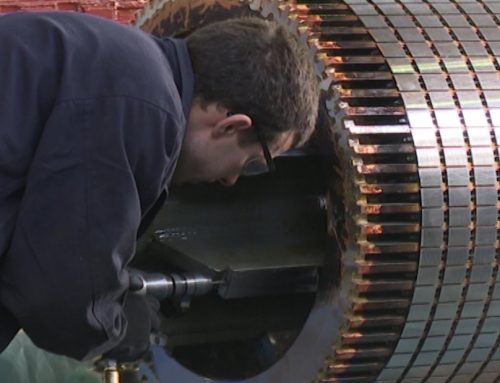