EU’s IPARD programme has awarded Serbian farmers with grants aimed at machinery and equipment purchase to the tune of around EUR3. Also, Agriculture Minister Branislav Nedimovic announced the launch of the fourth CfP within IPARD worth EUR25 million.

The grants were awarded by Nedimovic, the Minister of European Integration Jadranka Joksimovic and the Head of the EU Delegation to Serbia Sem Fabrizi at the Government of Serbia. This was the third CfP within IPARD, a programme worth EUR175 million.

According to Nedimovic, the awarded grants range from EUR10,000 to EUR600,000 and are aimed exclusively at machinery purchase. He said that another 200 farmers could expect grants in November.

Nedimovic described IPARD as giving European money to farmers in Serbia. Today, we awarded some EUR3 million out of EUR7 million, which is the total value of the third CfP, he said. The biggest grants are worth RSD72 and 77 million, whereas the smallest is worth RSD1.2 million for the purchase of a trailer, he noted.

“Today, we launched the fourth CfP for the purchase and construction of property and additional equipment, including coldstores. The total value of the Call amounts to EUR25 million, which equals to previous three CfPs combined,” Nedimovic said.

As he announced, in early December a new CfP will be launched and no farmer will be left behind. He told the press that they “won’t find a single flaw” in the process of money spending, adding that all of the money is made available and will be disbursed properly.

The Minister said that Serbia was ready to open chapter 11, dealing with agriculture and rural development. “As far as I am concerned, we have met all requirements arising from chapter 11. The Government has recently adopted the Action Plan. We are ready; we are drafting our negotiating position. That’s about it, if they are willing to open the chapter – fine, if not – then we can’t do anything about it,” Nedimovic said.

The Head of the EU Delegation to Serbia Sem Fabrizi said that the EU allocated EUR175 million from IPARD in grants for additional investment in Serbian agriculture. He said that, if bolstered with additional co-financing, the sum could reach EUR400 million.

“We want farmers to have the right tools,” he said, adding that the money was meant to improve machinery and boost modernisation, including through the purchase of tractors, greenhouses, irrigation systems, etc.

He described agriculture as a rather important sector of the Serbian economy. You must make yourself competitive in the market, he said addressing the grantees.

“Serbia has already doubled, even tripled, the export of agricultural products to the EU,” Fabrizi said. 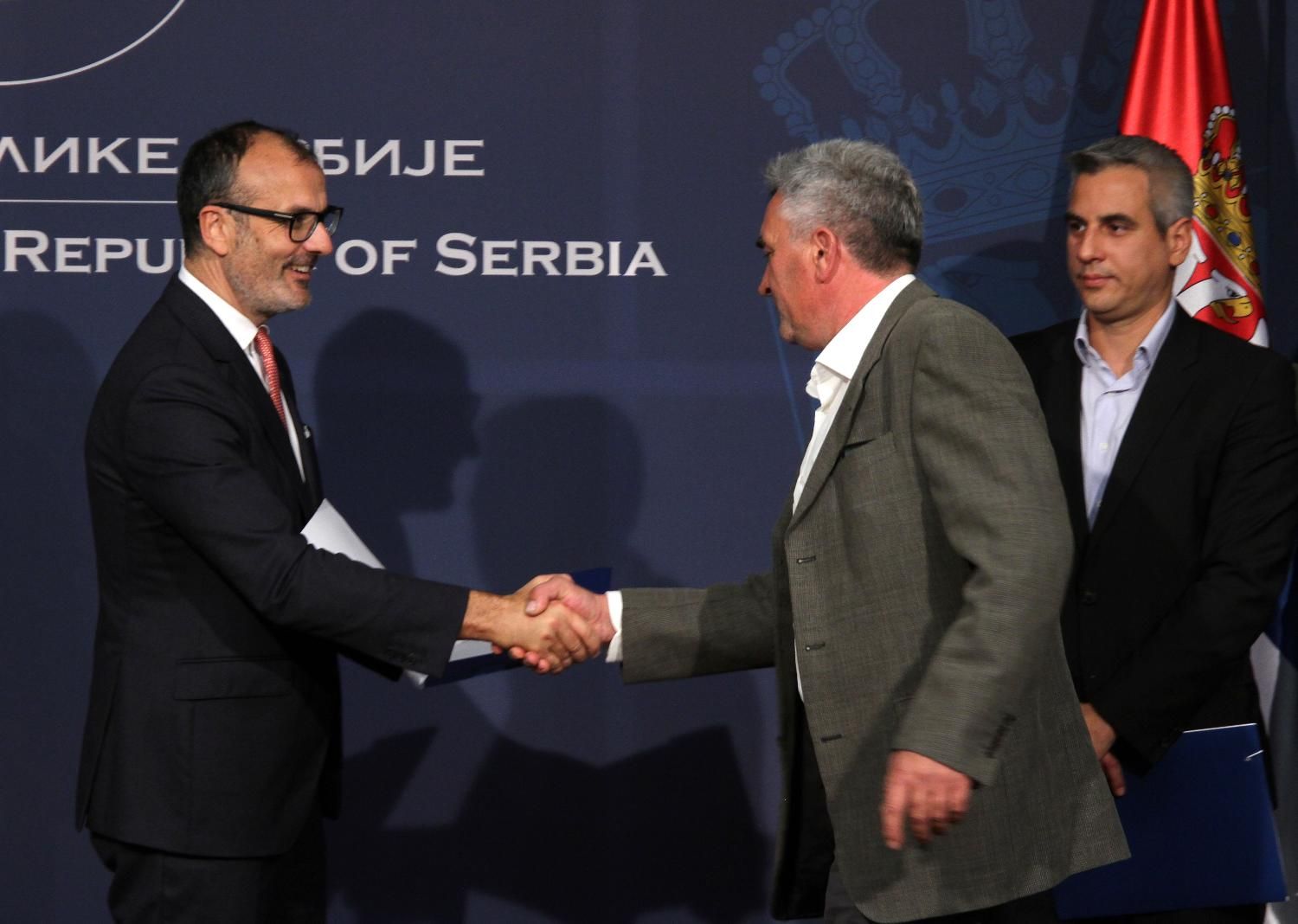 “Today shows why we are on the European path,” said the Minister of European Integration Jadranka Joksimovic.

As she put it, Serbia, being a candidate country, is already using the EU’s non-refundable aid through IPARD. According to Joksimovic, Serbia has gone through a challenging process of becoming eligible for the money and making its agriculture more competitive for the demanding European market.