The European Union and Swiss Government have allocated EUR105,000 through the European PROGRES for purchase of medical equipment for health centres in Aleksinac, Babusnica, Bela Palanka, Brus, Doljevac, Gadzin Han, Merosina, Svrljig and Knjaževac. The new equipment is to be used by women’s health care services to improve their reproductive health. 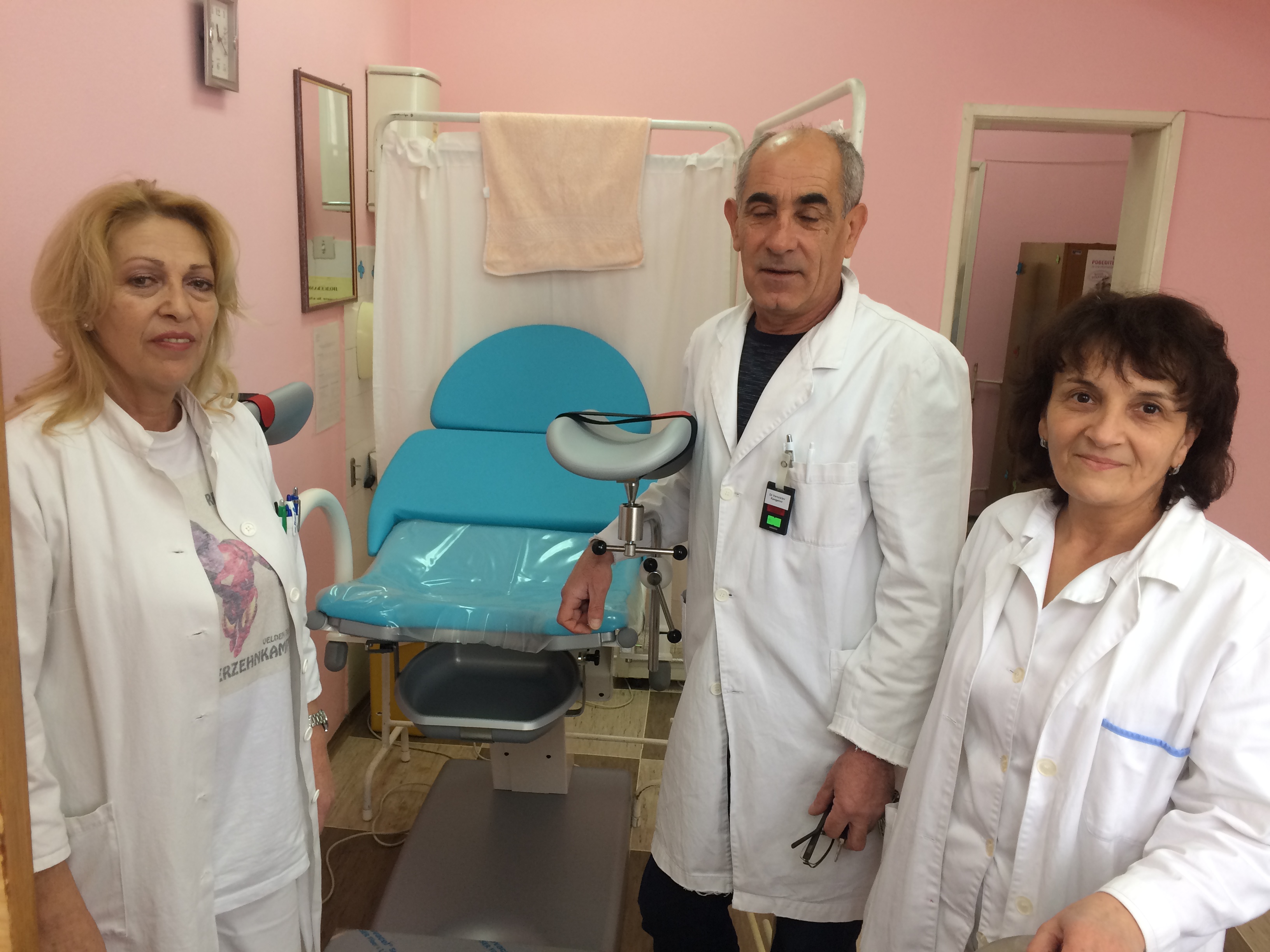 “General health of the female population is the basis for the quality of life of women and it reflects on the overall health of the population and the well-being of the society. Our donors, the EU and the Swiss Government, supported this European PROGRES activity aimed at the promotion of health care, as well as the preservation of women’s reproductive health,” said Graeme Tyndall, European PROGRES Manager.

According to data collected by the Serbian Public Health Institute, Dr Milan Jovanovic Batut, each day in Serbia one woman dies of and four women contract cervical cancer, while breast cancer is the most common malignant tumour among women in Serbia, contracted by approximately 4,600 women. Although these statistics place Serbia at the top of the European list by the number of women suffering from these diseases, according to health professionals, these conditions can be prevented, and the negative outcome reduced, through regular screening and adequate health care, which makes this new medical equipment very important.

The Health Centre in Aleksinac received a EUR11,500 donation including a new gynaecological examination chair and video colposcope, which will improve health services provided to women in this municipality.

“The women’s health care service includes two gynaecologist’s offices performing around 15,000 examinations annually. With the new examination chair we will be able to provide adequate health care, and the examinations will also be accessible to women with disabilities. In addition, our old colposcopy device was partially damaged, and examinations with the new one will be more efficient and shorter,” said Aleksinac Health Centre Director, Rodoljub Zivadinovic.

Stressing the importance of the new medical equipment, he also added that the Health Centre had managed to purchase, using its own funds, a new ultrasound and CTG for recording foetal heartbeat, thus additionally improving the medical equipment used by this service.

New medical equipment worth EUR9,300 including a gynaecological examination chair and an endovaginal probe reached the Health Centre in Bela Palanka, while in Merosina the Health Centre received a CTG in addition to the gynaecological examination chair. In the coming period, equipment will be delivered to other health centres covered by this donation.

The European Union and the Government of Switzerland will support the activities of the European PROGRESS programme, which contributes to the sustainable development of the South and South West Serbia, with a total of EUR24.46 million. Approved projects will be aimed at strengthening local administration, creating a favourable environment for the development of infrastructure and economy as well as improving the implementation of social inclusion and employment policy. The programme is implemented by the United Nations Office for Project Services (UNOPS).