Judge Ilic refers to the conditions in which the Basic Court in Vranje has been working in for years. At the beginning of 2016, the Court had more than 40,000 of old pending cases. They were literally stifling the court. In fact, the cases did not only keep the court staff busy trying to work them out, but were physically occupying space that would otherwise be used more conveniently – by turning it into courtrooms and judges’ offices, corridors etc. This was the reason why the justice remained unattainable for citizens, who thus lost their trust in this particular public institution.

“The Basic Court in Vranje required a complete reorganization. To do so, my colleagues and I worked around the clock, even on Saturdays and Sundays, in order to go through every single pending case,” judge Ilic says, describing the burden that fell upon the Court.

Thanks to the Judicial Efficiency project, funded by the Delegation of the European Union to the Republic of Serbia, the Basic Court in Vranje succeeded in reducing the backlog cases by more than 53%. 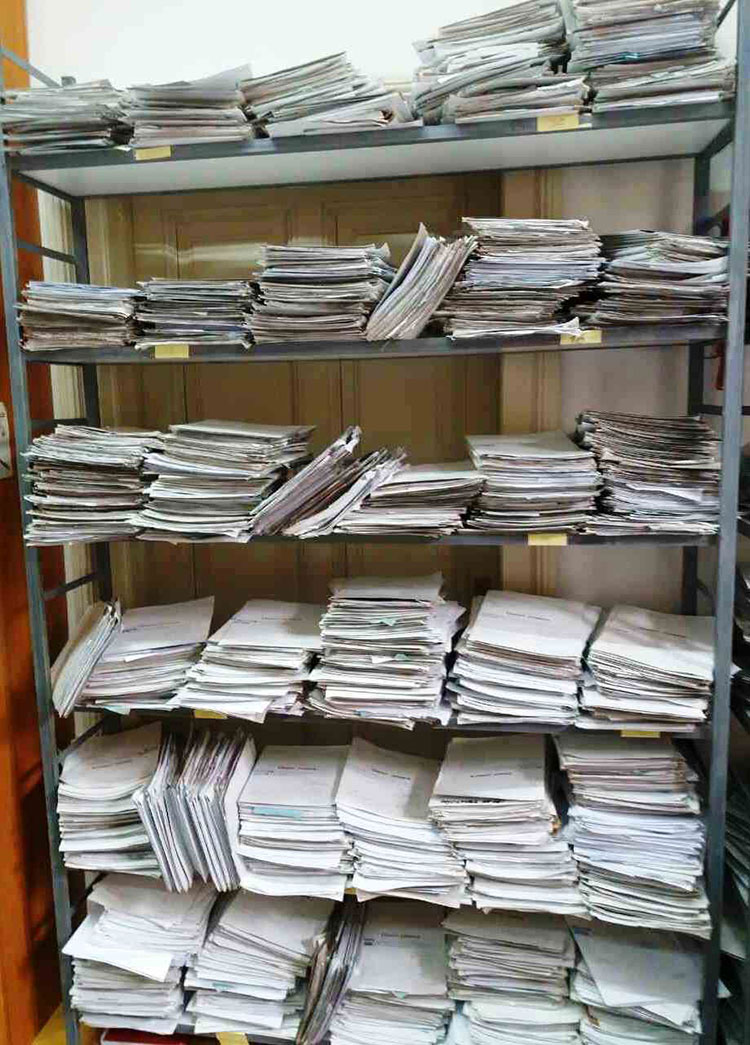 “Having in mind that the Court in Vranje has other neighbouring towns under its jurisdiction, the number of pending cases was huge. There was a lack of space. We had more than 40,000 old cases in rooms that were originally designed as archives,” says Stojadin Stankovic, the President of this Court, describing the reorganization of the Court’s premises and archives as unbelievable, adding that the court staff had to use a gurney to move old cases from one room to another.“

Another major issue was the lack of judges and administrative staff who would handle all those cases, rendering the justice unattainable for citizens,” concludes the President, adding that the Court was given resources to handle and settle the cases within the Judicial Efficiency Project.

In fact, “the project secured the engagement of additional capacity, hired through a youth cooperative, to help in administrative tasks. This would otherwise be impossible due to employment ban,” concludes Stankovic.

“When you have a Court, or any other public institution, whose work is inefficient, the citizens lose their trust in the State. This means that the State cannot exert its own authority,” explains Slobodan Nesic, a lawyer, member of the Nis Lawyers’ Association.

According to statistics, in 2016 alone, thanks to the project, the number of backlog cases, which once placed a great burden on the overall system, decreased by 29%.

As a comparison, Croatia also had a similar problem with the backlog cases prior to accession to the EU. During accession negotiations, it managed to reduce the number of pld cases by more than 50% in the period between 2004 and 2011.

The activities and outcomes of this project are part of a wider plan defined by the National Judiciary Reform Strategy and the Unified Backlog Reduction Programme aimed at the reform of the court system, the Action Plan for Chapter 23, as well as the amended Special Set of Measures for Backlog Enforcement cases.

In oder to facilitate and speed up the process of settling the repetitive cases, halted in 2016 in accord with the new Law on Enforcment, the project prepared draft decisions (writs of execution and conclusions) together with the Supreme Court of Cassation and the Ministry of Justice, that can now be automatically made using the case management software.

Giorgio Fruscione, Italian journalist and intern at the EU Delegatio to Serbia