-“An education isn’t about how much you have committed to memory, or even how much you know. It’s being able to differentiate between what you do know and what you don’t.” – Anatole France, French writer and Nobel Award winner”-

Several years ago, numerous teachers in schools all over Serbia participated in additional training. Furthermore, 41 teachers’ workshops were equipped, intended as the basis for professional development of teachers working at those schools. Between 13 and 14 thousand of them completed multi-day training on the implementation of a modern approach to learning and development of teaching competences entailed by the education reform in Serbia within the European integration process.

Teachers were faced with new and challenging tasks: implementing a modern national curriculum for primary and general secondary education; improving professional development of teachers; encouraging teacher collaboration and exchange of knowledge and experience; developing and improving remedial teachers’ work, their competences, as well as building a sustainable relationship between educational research, educational policy and practice. These changes, aimed at improving students’ knowledge and developing their skills, strengthening teamwork in schools and improving the overall educational practice in Serbia, began during the EU-funded “Razvionica” project (“Support to Human Capital Development and Research – General Education and Human Capital Development”). 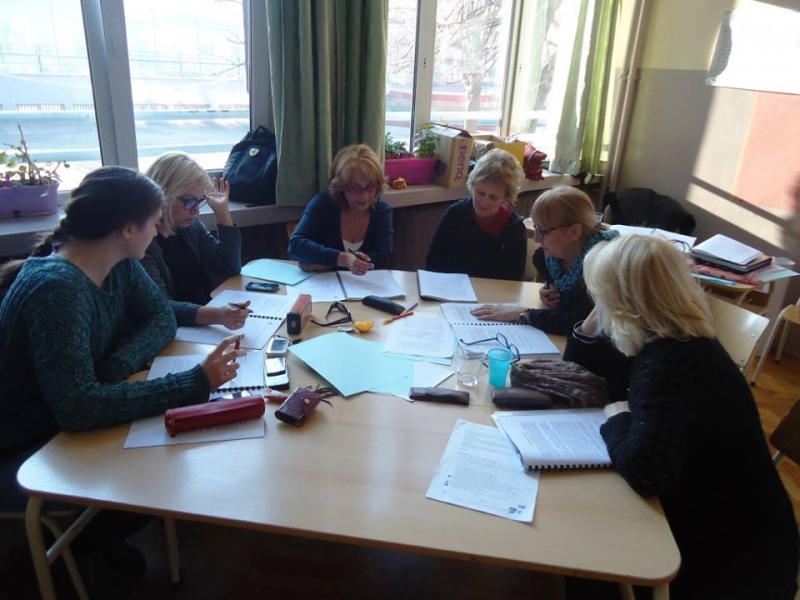 Drinka Pavlovic Primary school in Belgrade is one of the schools that became a Practice School through participation in the “Razvionica” project.

The “Razvionica” project increased the motivation and cooperation between teachers and students, and lowered both the number of conflicts and misunderstandings, and the absence from classes. In schools which took part in the project, experimental instructions that implemented state-of-the-art methodical procedures was introduced in order to gradually transition from the educational system of mere memorisation to the learning process with the focus on applying the knowledge. Schools have thus become some sort of practice venues for professional development of teachers, while the main eligibility criterion was the existence of a nearby higher education institution whose students need practical teacher training. Students from these faculties were given the opportunity to gain experience in state-of-the-art classrooms as part of practice for their future call, and they are mentored by experienced teachers who receive special training within this project.

The teachers applied the new concepts and learning methods. They have been continuously evaluating students’ achievements, and the self-evaluation system evaluated the overall teaching and learning process. “Computers, TVs, smart boards were used in teaching and learning to gather information, acquire and check knowledge, create presentations on different topics and with various content, sometimes for fun and socialising as well. The large number of experiment kits allowed students to learn through experimentation more often than before. Various learning methods and techniques have contributed to the development of interdisciplinary competences among students,” teacher Ljiljana added.

In addition, she points out “this project has continued the long-standing cooperation between our school and various faculties of the University of Belgrade. We are introducing the students of the Faculties of Philology, Philosophy, Biology, Physics, Chemistry, Mathematics and the Teacher Training Faculty with the contents and preparation of school documentation as well the work done by teams. They attend their mentors’ classes, keep a practicum journal, conduct the classes and evaluate their own and their fellow students’ classes. The exchange of experience is valuable to students, teachers and university students in this kind of work.”
The “Razvionica” project has further contributed to raising the achievements of the students of this school to an even higher level in the last four years. “Many students participate in competitions of different levels – from the municipal to the international level – and win one of the top three places. Many students win awards and are involved in national and international projects. On the final exam at the end of the eighth grade, the students always score above the Serbian average,” Novakovic says. 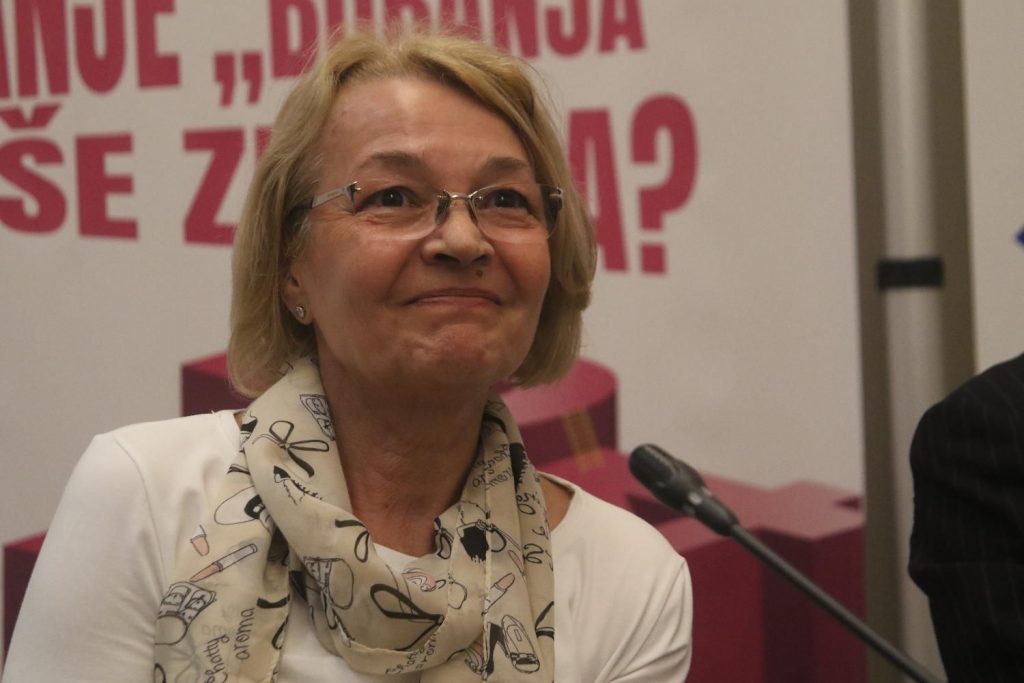 The experimental activities within the Razvionica project included 10% of primary and secondary schools and around 15% of teachers in Serbia, with the aim to be integrated in the general systems of primary and secondary education later. There are experimental classes using the state-of-the-art teaching methods in those schools, where the teachers will develop their professional skills and undergo training to teach practical knowledge to their students, instead of just pure memorising. 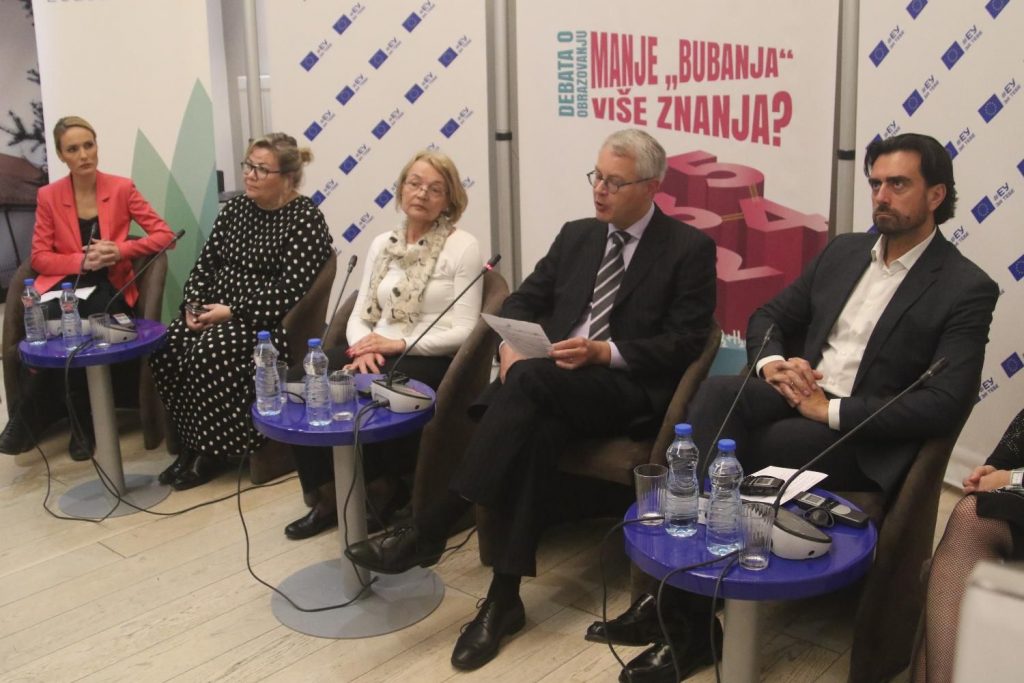 The EU has allocated more than €8 million for this project. More than 40 primary and secondary schools in Serbia, where the teacher trainings were conducted, have been equipped with new teaching aids worth, on average, €100,000 per school. The project was implemented in cooperation with the Ministry of Education, Science and Technological Development, and ran for 36 months (2012-2015).

The experiments within the Razvionica project began at the beginning of the 2014-15 school year. The project contributed to improving human capital based on the strengthening of the “knowledge triangle”, that is the interaction between research, education and innovation, as well as the improvement of efficiency of the Serbian educational system. 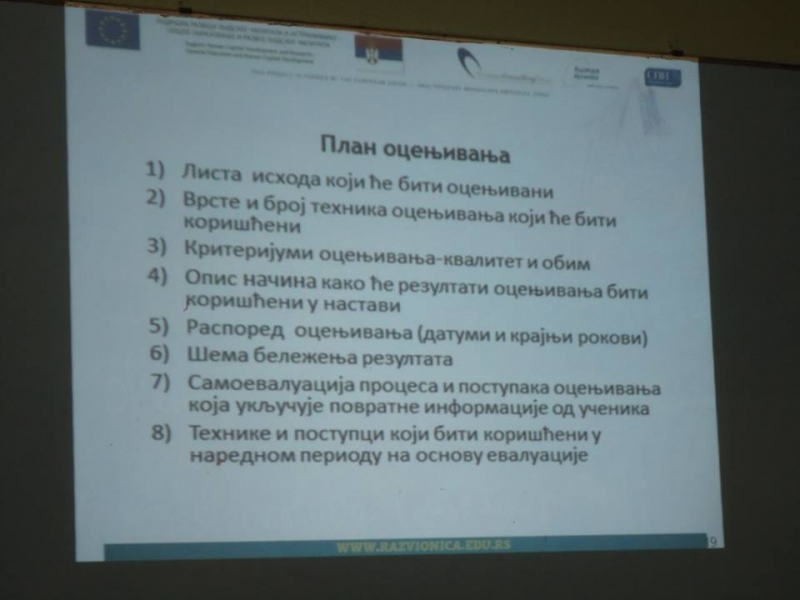 “Razvionica” is one of the projects through which the EU, as the biggest donor in Serbia, supports the education sector reform in the country. Since 2003, the EU has donated more than €100 million for education reform in Serbia – for improving pre-school education, implementation of secondary vocational education reform, adult education, renovation and equipping of schools and universities, Roma inclusion, etc.
Share. Twitter Facebook Google+ Pinterest LinkedIn Tumblr Email