Every ten years, an adult person eats the amount of chocolate equal to their own weight! Americans for example eats five kilos of chocolate a year, while the Swiss eat as many as 9.5 kilos a year, which makes them the biggest consumers of chocolate in the world!

Petar Jovanović declined to say how much chocolate he eats daily, but he did say that he ate every single day for the past 12 years. And he finally has a good excuse for it: his job. He’s been making chocolate for more than a decade and, alongside his business partner Đuro Baran, is the only high-quality chocolate maker in Serbia. 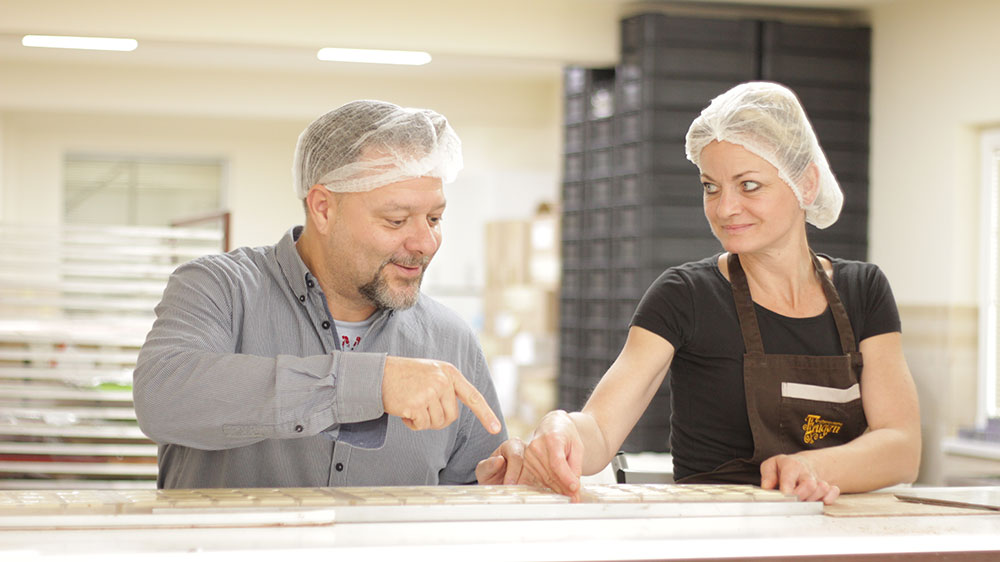 “I love it! The high cocoa content kind is my favourite!” says Petar. “It is said that cocoa releases the feel-good hormone. I personally believe cocoa butter is responsible for the sense of happiness: the sensation of chocolate melting in your mouth combined with the sweet flavour must be the best feeling in the world.”

Cocoa is made from Theobroma cacao, marvellous tree known to people for more than 4,000 years. It is a well-known fact that cocoa was cultivated by Olmecs before Mayans, Toltecs and Aztecs continued their tradition. All of these civilizations were aware of its benefits, believing cocoa to be a gift from the gods. They even used it as a currency and only the rich could afford to drink cocoa as it essentially symbolized drinking money. This extraordinary plant was brought to Europe by Columbus in the 16th century, whereas Vojvodina first heard about it thanks to the famous European general Eugene of Savoy. Drawing on this history trivia, in 2007 Petar and Đuro started producing sophisticated, high quality chocolate, Eugen Chocolate, in a small town of Gložan, Vojvodina. 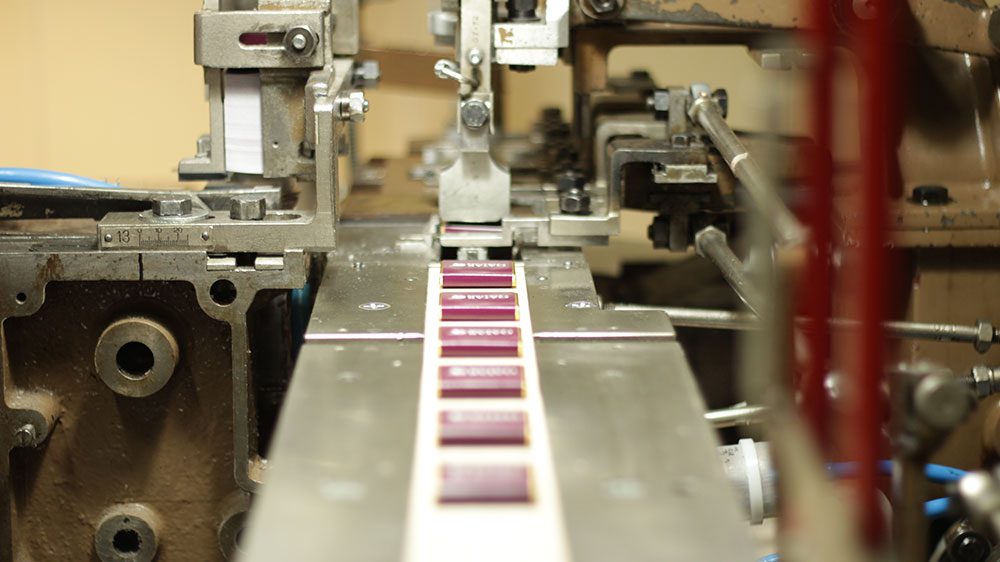 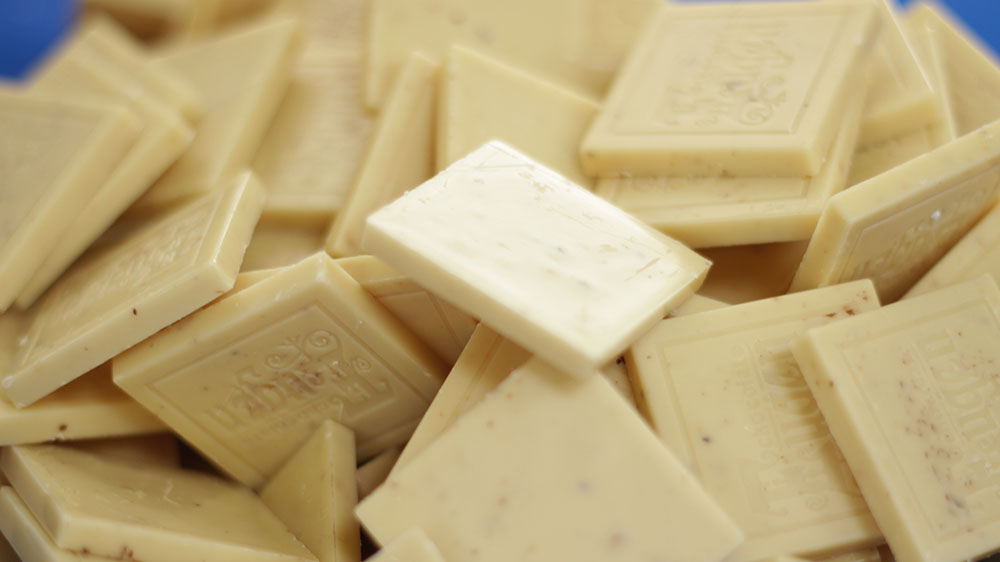 Petar is a professional technologist and chocolate making has taught him that he can turn his knowledge into business, combining science with technology.

He and Đuro joined forces with the Faculty of Technology and with support from the Innovation Fund, they received a grant from EU’s pre-accession funds and kicked off the production of functional chocolate – the first of its kind in Serbia. 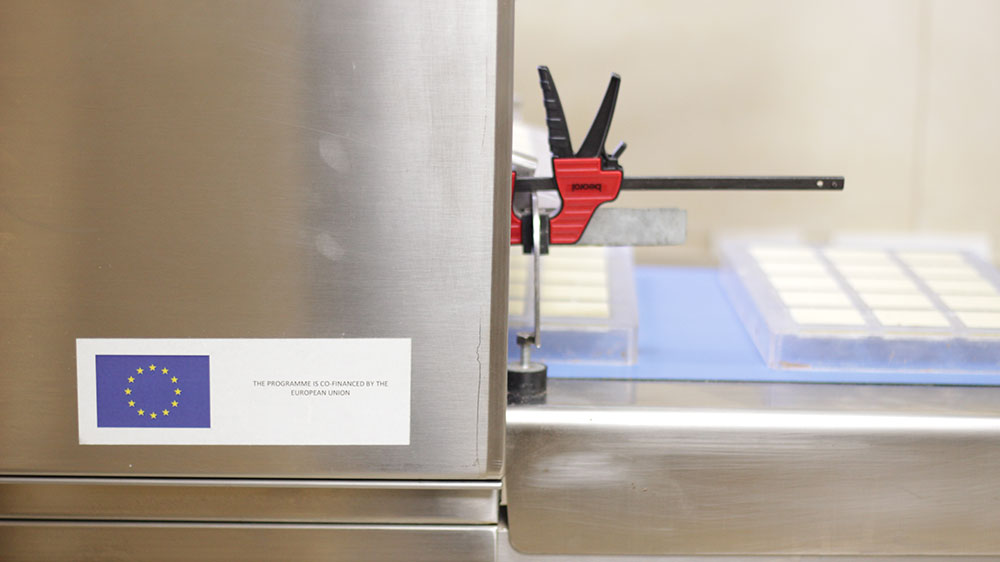 “Our chocolate is supplemented with some of the most beneficial compounds found in blueberry, blackberry and green tea, and at the same time it has an extremely favourable high-cocoa-low-sugar ratio which makes it a healthy food. Antioxidants in all of our ingredients have a positive effect on our body and our nervous system. This is a concept we want to pursue further and find our place among healthy food producers,” adds Petar.

Serbia was one of the first countries in the region to realize that the knowledge-based economy must be preceded by the ability to both adapt and improve technical and research capacity through public-private cooperation. Continued EU support has provided a crucial impetus to innovation funding ever since the Fund’s establishment in 2011. Thus far, the European Union has assigned over EUR13.2 million to the Innovation Fund. 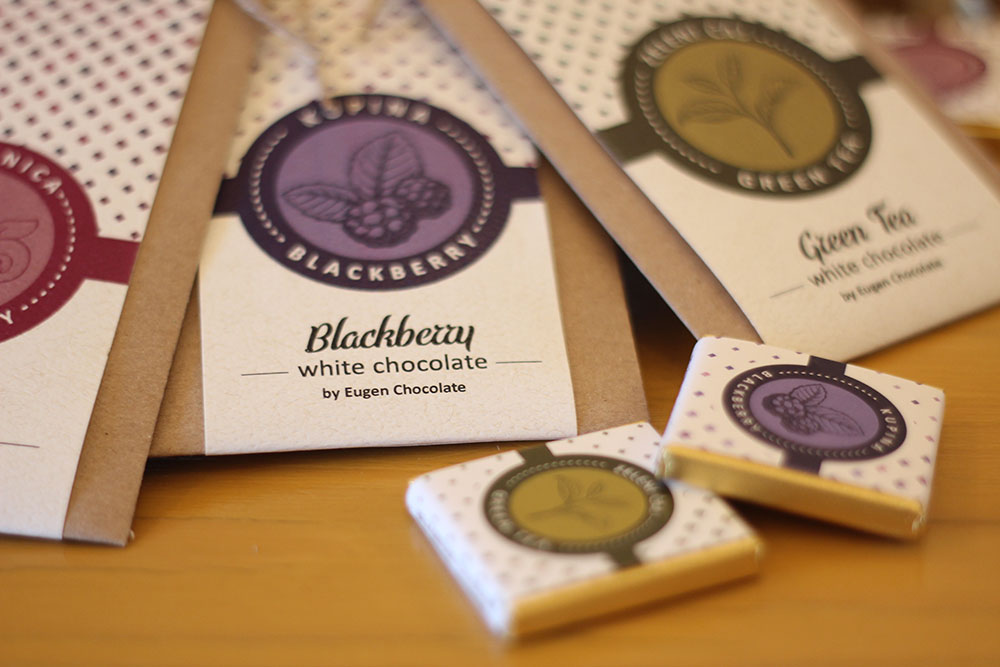 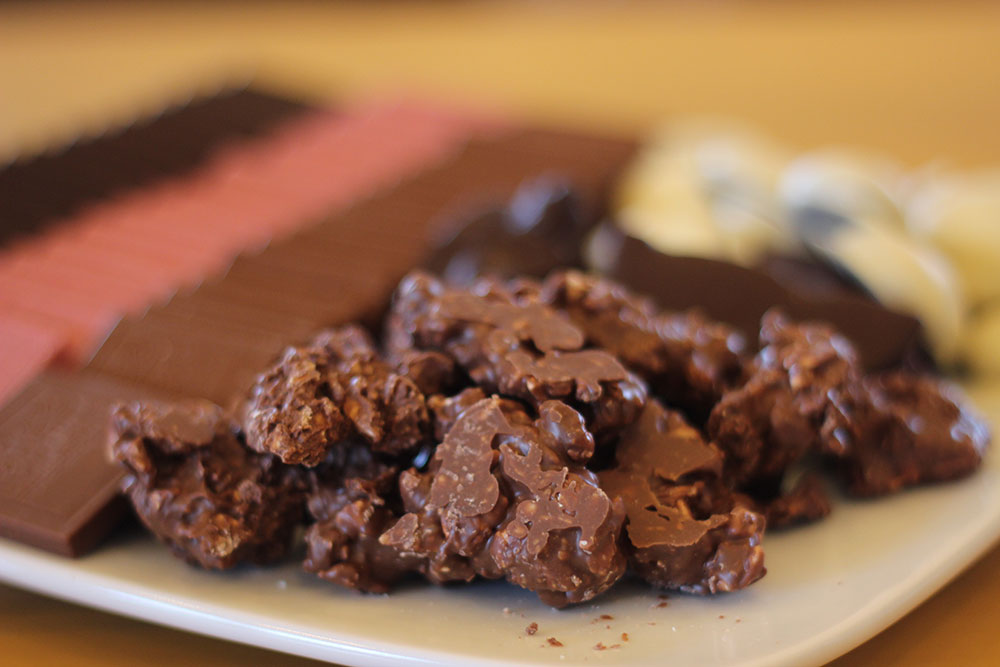 What made “Eugen Chocolate” stand out among a hundred of other projects was a professional team whose members were committed to quality and were up to date with industry trends. This was, however, only the beginning. Petar and Đuro wished to engage in the production of high-protein and sugar free chocolate. And although the culture of eating chocolate is not as widespread in Serbia as in some other European countries, there certainly was space for a delicious premium product. According to Peta, it’s because chocolate is everyone’s favourite food.

Chocolate has positive effects on our body. Eating high-quality chocolate reduces blood cholesterol, prevents cognitive decline and reduces the risk of cardiovascular disease. Having all of these advantages in mind, “Eugen” started to turn to knowledge- and experience-based production, but with the respect for traditional skills.

We are proud to have a Charlie’s Chocolate Factory right here in our small town in Vojvodina, where 30 locals are busy every day making a product that makes people happy; no more no less!

“On the eve of the Battle of Senta, Eugene of Savoy treated himself with hot chocolate. As he sipped on this miraculous drink, he came up with the final details of his strategy against the mighty Turkish forces.” This note from a diary of one of his aides is the first written document about chocolate in our country.
#EUzaTEBE Moja priča #EUzaTEBE Moja priča
Share. Twitter Facebook Google+ Pinterest LinkedIn Tumblr Email