Member States Commit to Reducing Gas Demand by 15% Next Winter

In an effort to increase EU security of energy supply, member states today reached a political agreement on a voluntary reduction of natural gas demand by 15% this winter. The Council regulation also foresees the possibility to trigger a ‘Union alert’ on security of supply, in which case the gas demand reduction would become mandatory.

The purpose of the gas demand reduction is to make savings ahead of winter in order to prepare for possible disruptions of gas supplies from Russia that is continuously using energy supplies as a weapon.

“The EU is united and solidary. Today’s decision has clearly shown the member states will stand tall against any Russian attempt to divide the EU by using energy supplies as a weapon. Adopting the gas reduction proposal in record time has undoubtedly strengthened our common energy security. Saving gas now will improve preparedness. The winter will be much cheaper and easier for EU’s citizens and industry”, says Jozef Síkela, Czech minister of industry and trade.

Member states agreed to reduce their gas demand by 15% compared to their average consumption in the past five years, between 1 August 2022 and 31 March 2023, with measures of their own choice.

Whereas all EU countries will use their best efforts to meet the reductions, the Council specified some exemptions and possibilities to request a derogation from the mandatory reduction target, in order to reflect the particular situations of member states and ensure that the gas reductions are effective in increasing security of supply in the EU. 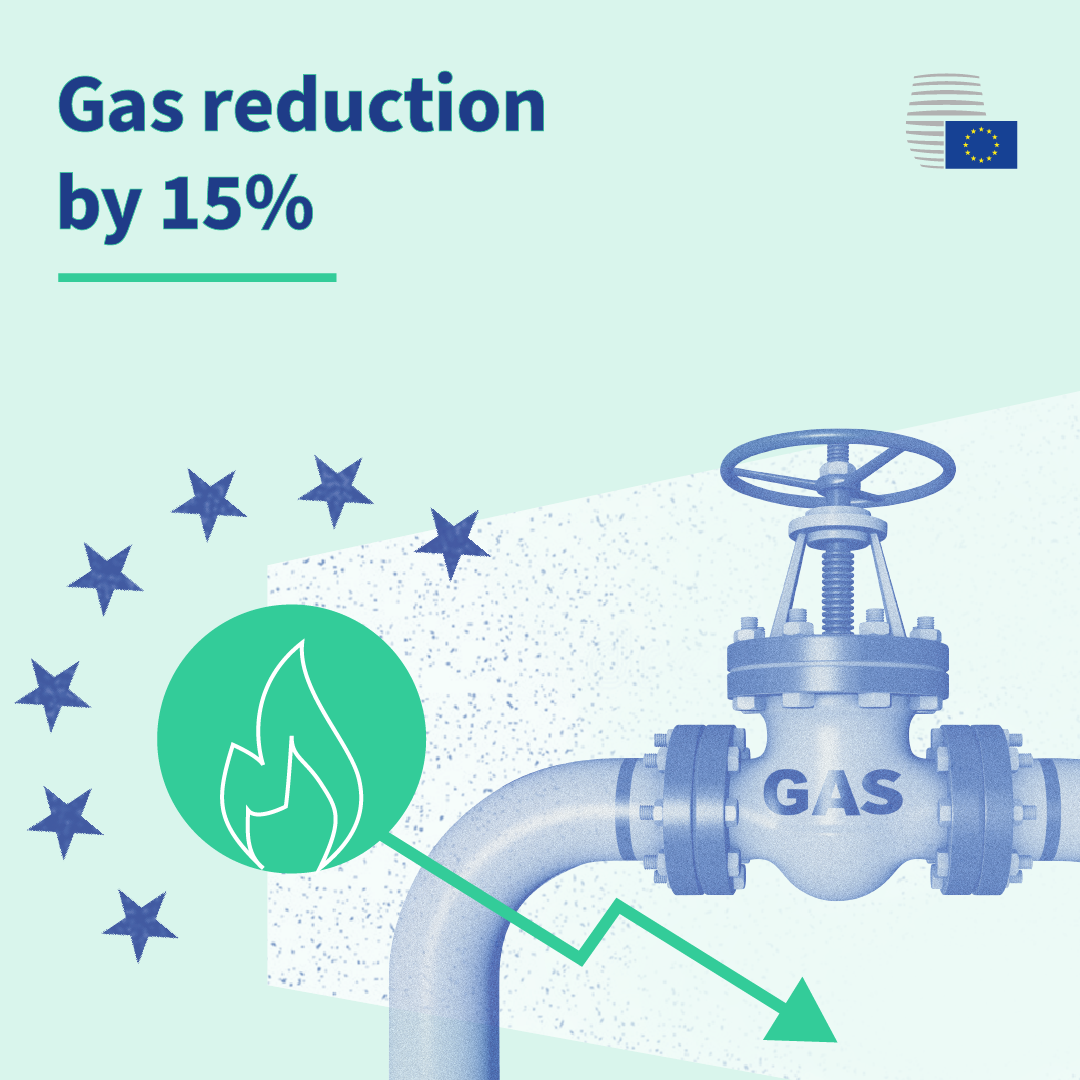 Member states can also request a derogation if they have overshot their gas storage filling targets, if they are heavily dependent on gas as a feedstock for critical industries or if their gas consumption has increased by at least 8% in the past year compared to the average of the past five years.

Member states agreed to increase the role of the Council in triggering a ‘Union alert’. The alert would be activated by a Council implementing decision, acting on a proposal from the Commission. The Commission shall present a proposal to trigger a ‘Union alert’ in case of a substantial risk of a severe gas shortage or an exceptionally high gas demand, or if five or more member states that have declared an alert at national level request the Commission to do so.

When choosing demand reduction measures, member states agreed they should prioritise measures that do not affect protected customers such as households and essential services for the functioning of society like critical entities, healthcare and defence. Possible measures include reducing gas consumed in the electricity sector, measures to encourage fuel switch in industry, national awareness raising campaigns, targeted obligations to reduce heating and cooling and market-based measures such as auctioning between companies.

Today, the EU has taken a decisive step to face down the threat of a full gas disruption by Putin.

We strongly welcome the endorsement by @EUCouncil of the regulation to reduce by 15% gas consumption. This will help fill our storage ahead of winter.#REPowerEU

Member states will update their national emergency plans that set out the demand reduction measures they are planning, and regularly report to the Commission on the advancement of their plans.

The regulation is an exceptional and extraordinary measure, foreseen for a limited time. It will therefore apply for one year and the Commission will carry out a review to consider its extension in light of the general EU gas supply situation, by May 2023.

The text agreed today will be formally adopted through a written procedure. The written procedure will be launched and concluded in the days to come, following technical revisions of the text.