Young people in the region need “…more opportunities to get to know each other, fewer obstacles to travel, more empowerment… and more superschools” is the conclusion of the participants of the conference held in Berlin, which was also attended by the representatives from Serbia.

Secretary General of the Regional Youth Cooperation Office of the Western Balkans (RYCO), Albert Hani, and the Superschools delegation participated in the meeting of foreign ministers in Berlin. The host of the meeting was the German Minister for Foreign Affairs, Annalena Baerbock, as part of the newly launched Berlin Process.

The conference at such a high level was joined for the first time by six participants of RYCO’s Superschools programme, which, among numerous donors, is co-financed by the European Union and the German Government, and jointly implemented by Deutsche Gesellschaft für Internationale Zusammenarbeit (GIZ) and RYCO. 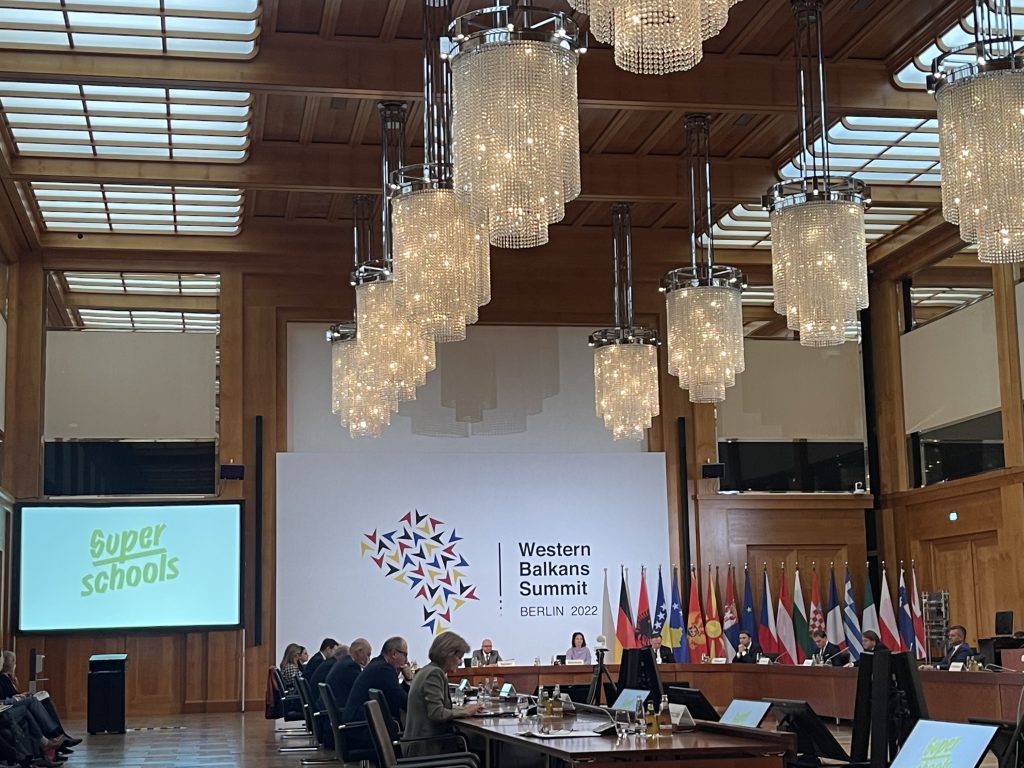 “Today it gives me great pleasure to stand here in front of you, to thank you all for the support you have given to the youth of the Western Balkans (WB) and for the hope you are giving to the region through the Berlin Process, especially with the new concrete results,”  said Secretary General of RYCO, Mr Hani in his speech during the meeting.

The students of Superschools expressed their experience and the need to be more connected. They emphasised that together with their peers, they had the opportunity to embrace new and diverse perspectives, meet new friends, and even take out their passports for the first time.

The Superschools programme gathered more than 800 young people through school exchanges, trainings and interregional activities during 2022. The application for the new cycle is still ongoing, and in 2023, 100 high school exchanges will take place throughout the region. 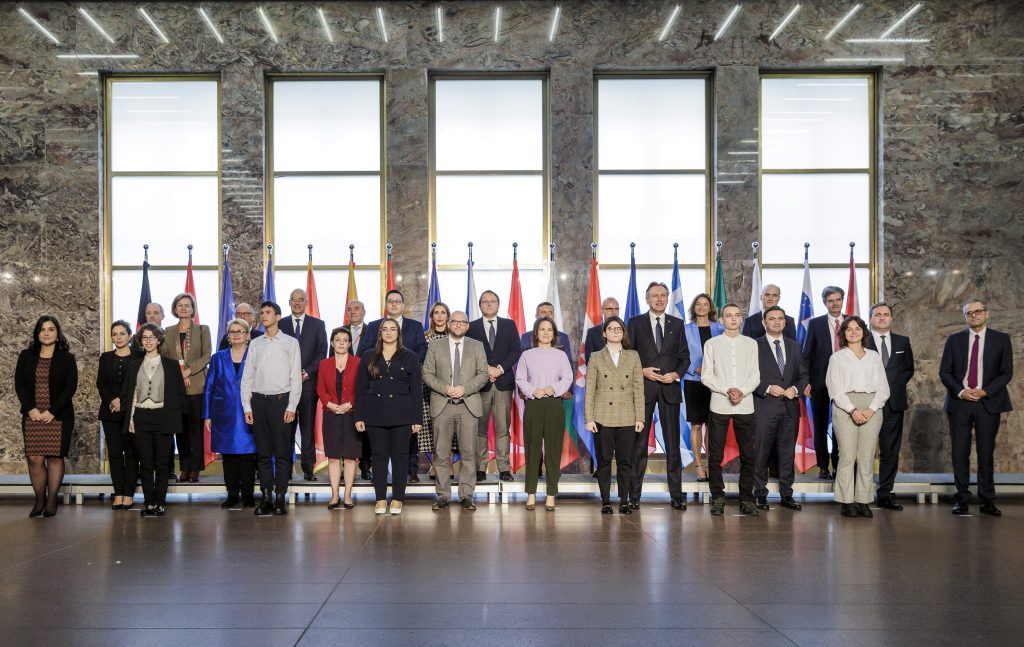 “However, even though we are motivated, we are not omnipotent. You can not do this without us, and we can not do it without you,” student Sara concluded.

The students concluded their message by pointing out that young people in the region need “more opportunities to get to know each other, fewer barriers to travel, more empowerment… and more super schools.”

RYCO commends all stakeholders present at the Berlin Process meeting for their work and efforts in helping the development of the region and highlights the success of the Western Balkans governments and the Berlin Process in establishing an institutional mechanism that connects youth in the region.

The European Union’s support for youth and sports in Serbia is reflected in encouraging the education of young people, their mobility and involvement in decision-making, as well as the development of sports and the promotion of a healthy life. Within the Erasmus+ programme, over 16,000 individuals from Serbia have had the opportunity to participate in mobility projects. Also, Serbia actively participates in the organisation of the European Week of Sports.

The EU recognises the importance of education and employment of young people who are the pillars of the European future. Through supporting sports and sponsoring sports initiatives, the EU seeks to build the cohesion of the European community, ensure greater social inclusion and promote a healthy lifestyle.